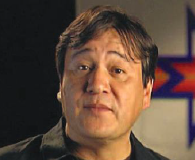 Two years ago, I woke up with what I thought was a pimple on the right side of my neck. In two days that pimple burgeoned into a major infection. I was rushed to a hospital in Duluth, Minnesota to undergo two surgeries to remove the infection. That deadly “pimple” proved to be the convincing evidence of what I already knew – Type Two Diabetes.

Before the surgeries, which left a hole the size of a golf ball in my neck, I was in complete denial to having one of the most common health scourges facing American Indian people. I had all the diabetic signs, numbness in my feet, unquenchable thirst and constant urination. For a so-called educated man, I was foolish in ignoring my symptoms.

Today, I take insulin injections each morning, pills to lower my high blood pressure and medication to relieve chronic pain in my feet and legs. And I have a cookbook for diabetics.

Before the arrival of Europeans and the forcing of Indian people onto reservations, we never experienced diseases such as Diabetes. Our ancestors lived a life off the land. But the introduction of lard and flour commodities altered our diets in a damaging way. In my research about eating foods that do not spike my blood sugar levels I learned that besides white flour, orange juice and white rice are two of the worst foods to consume. I learned that wild rice and blueberries are two of the healthiest foods to eat. This blew my mind. Wild rice and blueberries were staples of a traditional Ojibwe diet.

Like a terribly high number of Indians, denial of medical problems nearly ended my life. I don’t know why I refused to seek treatment for Diabetes. In fact, I would google other possible reasons for numbness in my feet and thirst, hoping that I simply needed more exercise to increase blood circulation.

So why the fear? I should have known and become vigilant about my compromised health condition. Why did I ignore the health signs?

Growing up, I don’t recall my Ojibwe mother ever seeing a doctor. Since my Diabetes diagnosis, I have often thought of my mother’s poor health. She died at the young age of 46 from a heart attack brought on by obesity, which was brought on by untreated Diabetes. My mother was terrified of doctors. After her last child was born (number 11) she under-went a hysterectomy. I suspect that surgery was performed without her consent.

I have never blamed my mother for fearing white doctors. It is historical fact that sterilization of American Indian women and men and women of color was a standard form of oppression in this country. It was never enough to ban Indian religious ceremonies and original languages, and never enough to assimilate Indian children through dehumanizing boarding schools. Attacking Indian women’s health was more than another form of violent assimilation. It was an attempt to obliterate future generations of Natives.

This spring, the U.S. Senate Committee on Indian Affairs is holding hearings on the dangers of Diabetes facing Indian youth. Funds allocated to fight Diabetes in Indian Country may dry up by September. What is unfortunate about this fiscal violation of treaty rights is that in recent years those funds have made a difference in stemming the spread of Diabetes among our people, mainly through education and preventive care.

But even if this Republican-controlled White House and Congress prevails in cutting these funds tribes must continue the hard work of health education. Sadly, denial has become part of the American Indian DNA. Whether it’s alcohol, smoking, mental and emotional problems or Diabetes, so many of us find ourselves hiding in the shadows of impending doom. Tribal health clinics must continue to call upon our people to address health issues before they become full-blown threats of life-long debilitation or death. Indian people still suffer the highest rates of mortality.

This is especially true of our young people. We all know how historical trauma plagues our people. But at what point can we find ways to break that cycle? Indian health professionals argue that this takes a holistic, cultural approach. Connecting with our traditions and values that speak of the circle of life, meaning all aspects of our life must be revered, must be a major part of preserving our health. It is clear that in order to secure the promise of healthy future generations of American Indians we must instill within our young people the importance of healthy living.

Late last year my nephew allowed me to test his blood sugar level. Given that he is slightly obese and addicted to sweets and fast food, I pricked the tip of his finger with my blood sugar device. My nephew’s blood sugar was high that day. I could only encourage him to curb his diet and engage in more exercise. I felt slightly hypocritical given my own poor health choices that led to my Diabetes. But that’s okay. Perhaps my hypocrisy will save my nephew’s life one day.

Mark Anthony Rolo is an enrolled member of the Bad River Band of Lake Superior Chippewa and author of the memoir My Mother Is Now Earth.