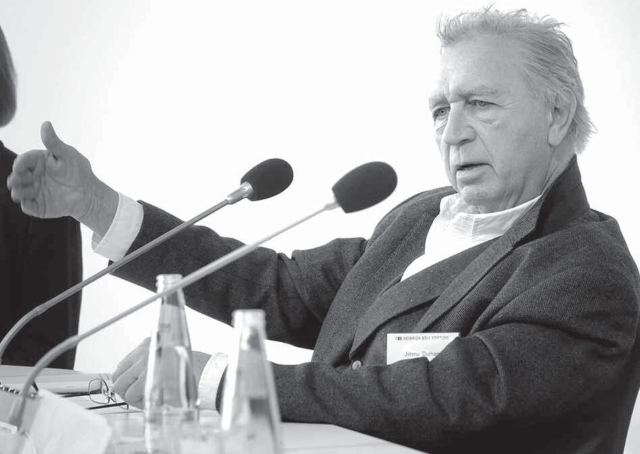 Hot on the heels of the opening of Jimmie Durham’s touring retrospective at the Walker Art Center, 10 Cherokee artists, curators, and other professionals have published a forceful editorial disputing the artist’s Native American heritage. Durham has long claimed to be Cherokee, was involved with the American Indian Movement in the 1970s, and has made issues of colonialism and Native American identity the center of his work.

Titled “Dear Unsuspecting Public, Jimmie Durham Is a Trickster” and published by Indian Country Today, based in Verona, New York, the editorial is blunt:

“No matter what metric is used to determine Indigenous status, Durham does not fulfill any of them. Jimmie Durham is not a Cherokee in any legal or cultural sense. This not a small matter of paperwork but a fundamental matter of tribal self-determination and self-governance. Durham has no Cherokee relatives; he does not live in or spend time in Cherokee communities; he does not participate in dances and does not belong to a ceremonial ground.”

The signers of the editorial include America Meredith, an artist and publishing editor of First American Art Magazine; Cara Cowan Watts, a former member of the Cherokee Nation Tribal Council; Luzene Hill, artist and former deputy speaker of the Cherokee Nation Tribal Council; and Kade Twist, an artist and co-founder of the group Postcommodity, featured in the recent Whitney Biennial and current document 14.

First American Art Magazine has also published a detailed fact sheet about Durham. It includes a striking graph looking at JSTOR listings, and showing that Durham is by far the most mentioned artist when it comes to Cherokee art, with 81 references, compared to the next-mentioned artist, Kay WalkingStick, with just 18.

The controversy over Durham’s identity comes just weeks after an uproar at the Walker Art Center over a sculpture by Sam Durant. Scaffold (2012) was, in part, modeled on a gallows where some 38 Dakota Indians were executed in 1862, and provoked major protests for being offensive. Durant ultimately agreed to allow the work to be removed by local Dakota community and burned. 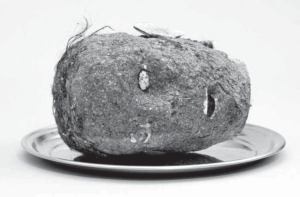 the occasion of his traveling exhibition, “Jimmie Durham: At the Center of the World,” originally organized by the Hammer Museum, in Los Angeles, and set to show to the Whitney Museum of American Art, New York, and Remai Modern, a new private museum set to open this year in Saskatoon, Saskatchewan, after its run in Minnesota.

“I am perfectly willing to be called Cherokee,” said Durham in a recent article in the New York Times, though he went on to muddy the waters by adding, “But I’m not a Cherokee artist or Indian artist, no more than Brancusi was a Romanian artist.”

The signers of the editorial say that Durham’s claims are not only untrue, but actually damaging to other Cherokee artists: “These false claims are harmful,” they write, “as they misrepresent Native people, undermine tribal sovereignty, and trivialize the important work by legitimate Native artists and cultural leaders.”

Critics and writers also come in for criticism. “While [Durham] has toned down his positioning of himself as the representative of all things American Indian,” they write, “art writers now do the job for him…, That scholars writing about Durham repeatedly fail to fact-check any of Durham’s claims is egregious, especially when a multitude of research and resources are available. The Cherokee Heritage Center, Museum of the Cherokee Indian, and John Hair Cultural Center and Museum all strive to provide accurate information to the public.”

The Walker now features the following note at the bottom of the website for his retrospective:

“Note: While Durham self-identifies as Cherokee, he is not recognized by any of the three Cherokee Nations, which as sovereign nations determine their own citizenship. We recognize that there are Cherokee artists and scholars who reject Durham’s claims of Cherokee ancestry.”

Reprinted with permission from Art Net News at https://news.artnet.com