"Dakota Music Tour" – a 90-minute musical response to the Dakota-American events of 1862 in Minnesota – will feature four concerts that will reach out to Dakota and non-Dakota communities in southern Minnesota.
The tour will begin in Mankato, Minnesota, which was the site of the largest mass execution in American history when 38 Dakota men were hung on December 26, 1862.

Each concert will feature traditional American Indian music, Western classical music, music that merges the two together, and “community chats.”
Internationally renowned composer, flutist and scholar Brent Michael Davids (Mohican Nation) has composed the orchestra music, which will be performed by the Mankato Symphony Orchestra under the direction of Music Director and Conductor Kenneth Freed. 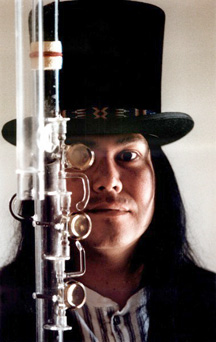 “It is my hope that ‘Dakota Music Tour’ will offer a musical response to the terrible events of 1862 that took so many Dakota and American lives,” says Davids. “By musically honoring the Dakota people and their intersection with the Western world, all citizens can benefit from a deeper understanding of our shared living history.”
The production will feature Santee Dakota Maza Kute Drummers, Chickasaw/Choctaw actor and musician Cochise Anderson, and Manny Laureano, who is the principal trumpet of the Minnesota Orchestra.
It’s no secret among Dakota communities that Indian history is often obscured in the mainstream. In response, the "Dakota Music Tour" (DMT) was formed to bring a collaborative mix of Native American music and Western classical music to Dakota and non-Dakota communities. DMT will perform 4 concerts in Minnesota, two in Dakota reservation communities, and two in cities of Mankato and Winona. 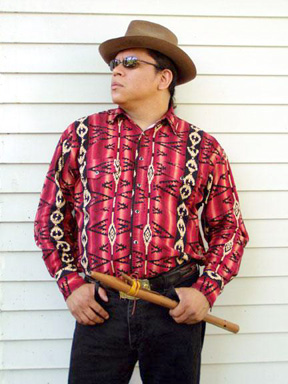 DMT will perform in the Lower Sioux and Upper Sioux communities, facilitate public “community chats” that explore the intersection of Dakota history and music. Mankato is the well known site of the largest mass execution in American history when 38 Dakota men were simultaneously hung. DMT and the Mankato Symphony Orchestra aspire to an alternate response by reaching out to the historical town as a place of connection and understanding.

The Winona concert will be hosted by the Winona-Dakota Unity Alliance (WDUA), a nonprofit organization formed in 2004 with Winona Mayor Jerry Miller, whose mission it is to continue the reconciliation process. Dakota citizens from across North America, including Minnesota, Nebraska, South Dakota, and Canada, will be in attendance.
In addition to the musical production, a documentary video will be produced by Flandreau Santee Dakota filmmaker Syd Beane.
Funding has been provided by the “Arts Tour Minnesota,” a new program of the voter-approved “Clean Water, Land and Legacy Amendment” of the Minnesota Constitution.
For more information on the tour, see: http://dakotamusictour.blogspot.com .