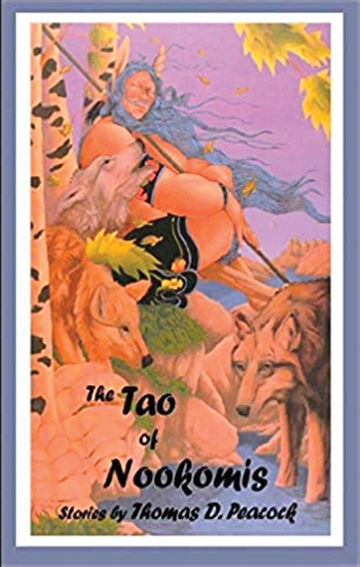 Award-winning writer Thomas D. Peacock’s book “The Tao of Nookomis” consists­­­ of short stories that feature people you already know. The stories often sound like those you heard when you were young or read in an American Indian literature class. Each story stands on its own in style and voice and differs from the next. It’s almost as if the collection was written by a variety of writers, each presenting some aspect of history, wisdom, tradition, everyday life, kindness and mayhem. Even wolves and bears offer a perspective.

Elders play a big role throughout the stories as conveyors of wisdom and skills. This should be no surprise since Peacock himself is an elder with plenty left to teach. A member of the Fond du Lac Band of Lake Superior Chippewa, he’s a retired professor of education and university administrator from the University of Minnesota, Duluth. He now lives near Red Cliff, Wisconsin.

For me, two characters really stand out from the stories, starting with Deacon Kingfisher who is in his mid-30s and has Down syndrome. In a story narrated by David, we learn Deacon was raised by his grandparents who died in a car crash due to a drunk driver. Following the crash, Deacon required special housing services usually reserved for elders. The Band’s tribal council went out of its way to ensure that Deacon received proper care.

Deacon’s grandparents had served as language teachers, leaving the Band without this important instruction. David is upset at this loss, commenting:
“Without those two elder teachers, our community, our whole future as Native people, is in jeopardy. They were the last two people…who were fluent Ojibwe speakers. At least as far as I am concerned, without our language we are just brown white people.”

Peacock points out throughout his stories that people, being who they are, sometimes choose the wrong way to act. As an example of this, acquaintances of Deacon introduce him to beer and send him home drunk to his grandparents.

David later regrets what they did to Deacon that night and the part he played, saying that now he understands Ojibwe traditions better. One tradition is to value people who are different. David’s Ojibwe ancestors regarded the Deacons of this world as sacred beings. They have soul spirits, listened to and watched over by the Creator, maybe watched over more.

Meanwhile, the Band is left with a big problem. Who will replace the language teachers? David practices the language every night with its complex verb structures and rules. Then one day he hears Deacon speaking in Ojibwe to his dog. Deacon is fluent and at ease with the language. Will the Council allow Deacon to teach the children? Maybe the Council will agree, maybe not. I’ll leave you with that cliffhanger.

A second character from the stories who will stay with me for a while is Renee Strong, mother of Desiree Strong. We all know a Renee. She is profane, brash, and utterly devoted to her daughter who can be, well, difficult. To anyone reading this who has a child whose sole purpose in life is to do the opposite of everything she or he is told, Desiree will ring true. In fact, the story may bring to you unwelcomed flashbacks

These two characters, like others in the book, reflect Peacock’s skill in relaying reservation people you know or perhaps are. Not all make the best decisions, like Renee’s brother who died from liquor and pills. “Us Indians, we lose so many people along the way”
They also gain along the way, like David, who learns Deacon’s inestimable value.

“The Tao of Nookomis” by Thomas D. Peacock (202 pages, Black Bears and Blueberries Publishing, 2020) is available from Amazon Books for $14.95. Peacock and his wife Elizabeth Albert Peacock are co-owners of the publishing company and live in Little Sand Bay, Red Cliff, Wis., and in Duluth.