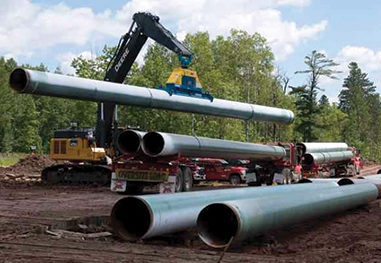 This spring changed our world. That’s for sure. There’s a long ago story of how the Bat changed the world. And once again, we are seeing this change. Mother Earth is taking a breath. Air pollution is down at least twenty percent, and you can see the stars and the sun. The hole over the ozone mended in the past couple of weeks, and the season has changed. Just like that, when the frogs come, the maple syrup is done. Nature’s time. That’s a lot different than the time of industrial society, or Wiindigo economics.

A lot of people are pretty stressed out, and many of us took to our traditions, the sugarbush, our medicines, and now we prepare to plant. After all, if dairy farmers are pouring out milk, produce is being plowed back into the fields, and in late April, millions of chickens were euthanized (just because there was no clear market) we might want to rebuild our local food ways. Now’s the time to plant and to dream.

Sadly, the oil industry is falling apart, with oil selling for minus $37 a barrel. In other words, it is not selling. Desperate, the pipeline companies are trying to push ahead in the middle of a pandemic, because their world is collapsing. Enbridge plans to bring 4200 workers to northern Minnesota and hopes to do that this summer, in fact they are bringing them in already to small towns like Lake George, where we pick blueberries. And the KXL Pipeline was planning to move ahead, buttressed by a billion dollars poured into it by the Alberta government. Sometimes money cannot fix your problems.

It’s been looking bleak for Native people: the Minnesota Pollution Control Agency pushed ahead with hearings on the water quality permits for Enbridge’s Line 3, over public concerns. Initially proposed for public meetings in mid March, White Earth Tribal Chairman Mike Fairbanks called on Governor Walz to cancel the public meetings as high risk and postpone the regulatory process. MPCA Commissioner Laura Bishop instead held electronic town hall meetings. The lines clogged at times with Canadian oil workers, pretending they cared about Minnesota water permits. Two days of “meetings”, offering a minute and a half of telephone testimony to the public were taken by the MPCA. The White Earth Tribe was forced to put together comments while most of the tribal employees were off work, to meet the regulatory deadline for comments.

Why the rush? Enbridge is desperate, most of the oil industry is desperate. It seems strange that the MPCA would value the feelings of Enbridge over public health. While most of us were sheltered in place, Enbridge has been moving workers into the north country, taking up small motels, into campgrounds with RVs, clearcutting, and moving in equipment and staging for an eminent pipeline move.

The problem is that they do not actually have the permits. On February 3, the Minnesota PUC approved in a split decision the certificate of need and the route permits for Line 3. However, those rulings are not formal until issued for the record. Three months later there is no formal record. There are no water permits, and the MPCA process of “electronic town hall meetings” just got challenged by attorneys for Red Lake, White Earth, Honor the Earth, Friends of the Headwaters and other organizations. That’s just the beginning.

Enbridge is hoping to put in a pipeline and now there’s no need for oil. That’s why they are hoping to move ahead. On April 20, the price of oil dropped to minus $37 a barrel. No one is buying, and oil producers are basically paying to have the oil purchased. There is no precedent for this in modern capitalism. Storage tanks of oil are full across the planet, and tankers with about 20% of US oil supply are sitting off the coast of California hoping that someone will drive. No one is. Or at least, not like the good old days.

Canadian oil producers have already committed to cutting output by about 100,000 barrels per day, a number expected to grow to at least 400,000 barrels, said Scott Norlin, a Calgary-based oil analyst with Wood Mackenzie. That means that Enbridge, the largest pipeline company has cut what’s going through their mainline. Enbridge moves about 3 million barrels of oil a day through Red Lake, Leech Lake and Fond du Lac reservations right now in some old pipes. According to the Star Tribune, “Enbridge said earlier this month it was running the Mainline with unused capacity and that some 20% to 25% of Western Canada’s oil production could be shut in during the second quarter. Oil analyst Ben Pham He expects second-quarter Mainline volumes to drop 450,000 bpd, assuming production shut-ins of 1 million to 1.5 million bpd. By the summer, the Canadian corporation will be moving far less oil than they could put in Line 3.

Basically, Enbridge has no need for Line 3, because there’s not oil to fill it, nor demand at the other end. That’s why the company is trying to push ahead, hoping to get one last tar sands pipeline in before the arrival of the next economy.

That’s not working out well. Trump attempted to push through the Keystone pipeline as an essential infrastructure project, only to find, not only opposition to the man camps, “a new smallpox blanket” as Dakota Elder Faith Spotted Eagle would call them, but also a federal court ruling that put the project in peril, once again.

On April l5, the federal court in Montana ruled against the U.S. Army Corps of Engineers’ use of a permit that allows new energy pipelines to cross water bodies. Montana Chief District Judge Brian Morris ruled that the Corps violated federal law by failing to adequately consult on risks to endangered species and habitat, and it must comply before it can apply the nationwide permit to any project. That means that Keystone is stopped for now.

Oil companies are closing down, and bankruptcies are at an all time high in the Bakken oil fields. Tar Sands oil is crashing, and maybe the Anishinaabe attorneys, berry pickers and water protectors should just continue on.

“There is a lot of new evidence and changed circumstances,” said Scott Strand, attorney for Friends of the Headwaters, an environmental group opposing Line 3. “Our case is stronger. [Oil] demand is gone, and it’s not going to snap right back up. There are long-term demand problems.”

Governor Walz has an opportunity to make a Green New Deal in Minnesota. It’s the 7th fire choice: Approve Enbridge’s plans to bring 4200 workers to northern Minnesota in the midst of a pandemic, and make the tribes sue you, or start a better plan, one for Mother Earth.

How to minister to a congregation amidst a pandemic? “Zoom it.”