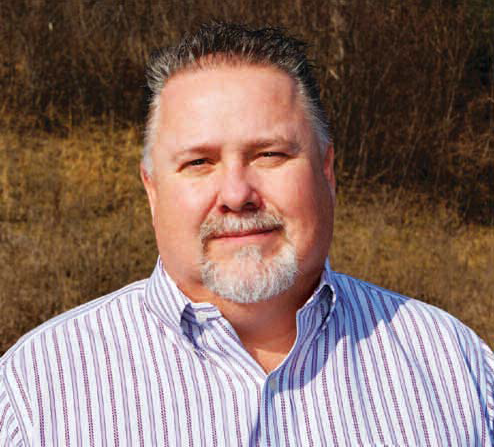 An unusual finance company based in the St. Paul suburb of Little Canada is playing a big role in helping tribes repurchase ancestral lands that should never have been sold or taken away.

There are a variety of legal reasons why the ILCC is incorporated that way, said Rjay Brunkow, chief executive officer. But mostly, it allows ILCC to work with commercial banks and other lenders to allow creative financing packages for tribes that aren’t secured by land collateral.

“This has always been a problem for sovereign nations,” Brunkow said. “Lenders always want collateral supporting the loan. It takes some ‘getting used to’ for banks to recognize the full faith and credit (pledge) of sovereign nations.”

Founded in 2005, ILCC has helped tribes finance 17 land acquisition projects. The purchases have been in a dozen states but California is a major client base for ILCC activity. That comes from California’s large number of small Rancherias (reservations) and California Natives’ peculiar experiences with federal laws that disbanded the tribes and later restored federal recognition.

Some ILCC loan have been small purchases of a few acres within reservation boundaries or a nearby mountain that has cultural importance but no economic value to a tribe. Others have been large purchases such as the 22,237 acres of timber-land in 2011 that doubled the size of the Yurok Tribe at Klamath, Calif.

Land repurchases to date are important both economically and culturally but are a mere pittance of the 90 million acres pulled away legally and illegally from sovereign tribes, Brunkow said.

The most recent ILCC financed land purchase was two months ago when the Pinoleville Pomo Nation at Ukiah, Calif., acquired 9.3 acres of its original Rancheria land with a $2.7 million loan.

“We couldn’t have done this without Rjay’s and the land company’s help,” said Leona Williams, the tribal chairperson.

The reacquired land was split between 8.8 acres of commercial property and 3.5 acres that Williams described as “cultural heritage land.”

All of the property, however, is significant for the Pinoleville Pomo citizens and for members of 16 other Rancherias in California, she said.

Part of the land formerly belong to Tillie Hardwick, a tribal member who challenged a 1958 federal law that resulted in terminating the California Rancherias in 1966. In winning that 1979 case, tribal status was returned to the Rancherias and their members regained federal recognition as American Indians.

“We really wanted to save this land but we didn’t have the means,” Williams said. “Then, an attorney we knew from Colorado suggested we find out if that group (ILCC) in Minnesota could help. It seemed to be too good to be true, but it was true.”

Small and less economically successful tribal nations like the Pinoleville Pomo make the primary client base for ILCC financing and originated loans with other partners. The Mille Lacs Band of Ojibwe and the Shakopee Mdewakanton Sioux Community “really don’t need our help,” he said, and they have all the internal expertise they need to work financing and business ventures.

Meanwhile, Brunkow said the capital company is gaining access to participating lenders with each passing land deal. The track record with tribes is what does it.

“We’ve never had a tribal client default on a loan,” he said.

That would impress bankers. Brunkow would know.

Brunkow, a member of the Turtle Mountain Band of Chippewa in North Dakota, is a former investment banker specializing in Indian Country business for Wells Fargo. He has a business economics degree from South Dakota State University and a law degree from the University of Minnesota.

Before joining ILCC two years ago, Brunkow had previously served as solicitor general for the Mille Lacs Band of Ojibwe and as chief legal counsel for the Turtle Mountain Band.

One reason for the success of ILCC’s loans is that Brunkow and his predecessors serve as the loan originators when bringing other participants in on the loans. “When we know Indian Country, we know what will be done with the land and we know the politics, the culture of a tribe, that tells us the tribe will follow through on obligations,” he said.

That isn’t significantly different from other banking and lending practices. “What we are looking for is stability,” he added.

ILCC is housed at the Indian Land Tenure Foundation office in Little Canada. It also gets staff help from the parent organization.

While the Foundation, with its 76 percent stake in the company, and its Native American Community Development Corp. partner could be taking profits out of the for-profit lending institution, it doesn’t. And it won’t, explains Chris Stainbrook (Oglala Lakota), president of the Foundation and board chair for ILCC.

“ILCC was formed as a for-profit company to demonstrate to outside lenders that tribes are good credit risks and full-faith-in-credit lending to the tribes could work. It was not formed for the two non-profit owners to be supported by ILCC profits,” he said.

“ILTF and NACDC will not take a single nickel out of ILCC until the 90 million acres of lost reservation lands are returned to Indian ownership, management and control,” he added.

That shows the magnitude of the work remaining for the capital company and its parents.