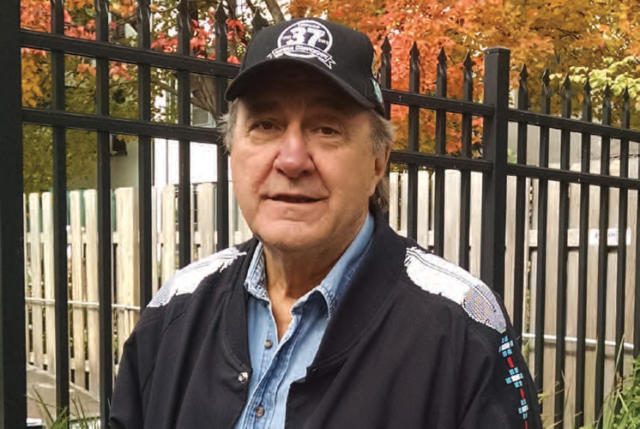 “Quality of a product or service keeps customers coming back, helped by word of mouth,” he said. “But you don’t get customers to your door in the first place if they don’t know you have something to sell.”

After working in human relations, marketing and advertising for several corporations, Paulson and his wife Barb started Marketplace Productions in St. Paul with a partner in 1990. It filled a niche by running trade shows, marketing seminars and training programs for a variety of small organizations, tribal groups and nonprofit associations that didn’t have the in-house resources to do similar planning.

An enrolled member of the White Earth Nation, Paulson became a co-founder of the National Indian Business Association (NIBA) shortly after establishing Marketplace Productions. The U.S. Department of Commerce reached out to him and other Native business leaders for help because both domestic and international businesses were seeking ways to do business with Native Americans.

He’s been pitching more aggressive marketing ever since.

His firm put on a trade show in 1995 in Phoenix when he was co-chair of NIBA. At that conference a Sioux business leader humored attendees with this sage observation about marketing:

“Those that have a thing to sell and go and whisper in a well, ain’t so apt to get the dollars as those that climb a tree and ‘hollers’.”

It still makes Paulson smile. “I loved it. I’ve used that quote in introductions to trade shows and business seminars ever since,” he said.

Paulson still holds on to the Marketplace name but now, mostly retired, it is his business entity for working on special projects for some business and education groups. He sold his trade show and conference organizing business to a former employee, Heidi Buss, 10 years ago that continues as Buss Productions based in St. Paul.

Successful tribal groups that have developed diverse business portfolios from gaming, hospitality industry and other ventures have adopted sophisticated advertising, marketing and public relations operations, both in-house and from outside hires, he said.

At the same time, Paulson added, artists and start-up entrepreneurs still struggle with getting the word out that they are in business. Much of this is the result of lack of resources. Some of it is cultural.

“We were all taught not to brag,” Paulson said.

Another sage of earlier times comes to mind for advising groups and entrepreneurs. A great baseball pitcher and character, Dizzy Dean, was asked before the start of the 1934 season how many games did he think he and his brother Daffy Dean would win for the St. Louis Cardinals that year.

Dean predicted 45 games, an astonishing number for the inquiring reporter. “Hey, it ain’t bragging if you can back it up,” he said.

“Marketing isn’t bragging,” Paulson said. Products or services must have value. “Marketing is letting people know you have something of value.”

Paulson was a presenter at a conference hosted by the University of Minnesota’s Department of Applied Economics in 1996. Leading off was a visiting Dutch economist, Gert van Dijk, who stressed that membership ventures such as cooperatives, mutual insurances and their kindred credit unions bring together people with common interests or problems. In Van Dijk’s words, they “draw a circle around them-selves and tackle market problems together.”

Paulson supported that view by noting that membership organizations are nearly identical in structure and function to tribal organizations. Both speakers stressed the importance of communications for all such groups, including tribes, for the governing bodies to move forward with member consensus.

Stu Peterson, a vice president of the former St. Paul Bank for Cooperatives, asked, “Al, are you the hockey player from old Hill High School in St. Paul?” “Pete, Is that you?” Paulson responded.

“Yes, Al. But how long have you been an Indian?”

This exchange brought howls of laughter and drove home Paulson’s marketing theories and Van Dijk’s governance points. Former teammates had drawn “a circle” around their shared interests with the hockey team and as classmates; ethnicity wasn’t relevant. Visiting European academics went home and retold that story at conferences from Helsinki on down to universities in Spain and Greece.

Getting to that point in his career came from academic preparation and from watching business and tribal activities.

Though a member of the White Earth Nation, Paulson grew up in St. Paul where his father worked at the Ford assembly plant. He played high school hockey and later became a St. Cloud State University’s Hockey Hall of Fame player. But while taking courses for a dual major in psychology and business, he found he had a particular interest in business psychology.

Paulson transferred to the University of Minnesota his senior year, took a couple of extra years of school, and graduated with a degree in industrial psychology that wasn’t offered at St. Cloud State University. He was then hired to work in human resources for the Corning Glass Works factory in Louisville, Ky. 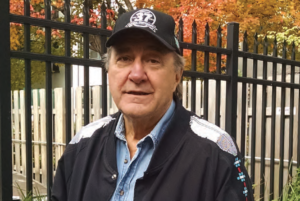 He, wife Barb, and the first of two sons then moved to Ft. Atkinson, Wis., where he worked in personnel for lighting manufacturer Thomas Industries. Next stop was across town at Johnson Hill Press where he worked in advertising and promotion for industrial trade magazines. While there, he and a friend developed another annual magazine for the publisher and state of Wisconsin, CAREERS in Wisconsin, which sought to alert college graduates of job offerings in the state.

The CAREERS publications were extended to Minnesota and Iowa as well. All three states had concerns about the “brain drain” then occurring to different degrees.

This all led the Paulsons back to St. Paul and starting Marketplace Productions. Over the years, Paulson worked with several academic institutions and especially with St. Cloud State University on education and training programs for tribal gaming and other continuing education projects.

Paulson has served as a mentor for various groups with Native school students in different Twin Cities programs, and through the Junior Achievement program that encourages entrepreneurship and business career planning among school age children.

Working with young people helped hone a couple of his business consulting themes offered at his Marketplace Productions seminars. He doesn’t recall where he picked these up, but he stresses that, “You become what you think about.” And, “You create your own reality.”

He shows students a power point presentation that has him dressed in a suit as a business executive, riding his Harley motorcycle dressed as a biker, dressed in his St. Cloud State hockey uniform, dressed in regalia with sons Roger and Rick while participating in the Fort Fest at Ft. Atkinson in observance of the last Army-Indian war east of the Mississippi River, and sometimes as a grandfather.

Al Paulson is all of those realities as he encourages younger generations to follow similar paths. He said that some students ask, “You are all those things?” To answer their question, and his banker friend’s lingering question, they are all Al and he always has been Indian.

For purposes of disclosure, the writer Egerstrom and Paulson lived two dorm rooms apart during their freshman year of college and have followed each other’s careers since. Paulson’s comments at the University of Minnesota conference came at the release of a book Egerstrom and Van Dijk coauthored, Seizing Control: The International Market Power of Cooperatives.