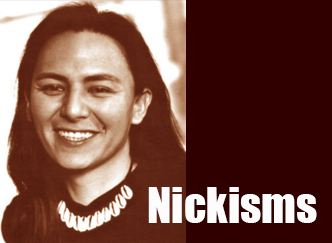 As many of you, I’ve been sorting through the reality of a Trump Presidency. I’m mostly still in shock. This month I’d like to talk about when politics become personal. Politics are always personal. And, throughout this election, it was all personal, very personal.

The day after the election I was stunned. I avoided social media and the mainstream media for a few days. I couldn’t listen to the mean-spirited, newly elected President celebrate his victory. Part of me thought that if I didn’t see anything then it wouldn’t really exist. Part of me craved denial.

I don’t recall, in my lifetime, ever hearing such hateful speech during an election. I can’t recall a candidate in a campaign make fun of disabled people, scream about jailing their opponent, make outlandish statements, and spew unfounded statements as fact. It frightened me to my core to watch audiences support this.

Once I began to reengage with people. Most of the comments I heard were of people who were surprised and confused that a racist, sexist, homophobic, bigot got elected. I heard anger. I heard disbelief. I heard people afraid – deeply afraid of what may be coming. Our President-elect has clearly stated his beliefs throughout the election.

Ultimately, I had to figure out a way for me to sort through what was going on with me and around me. It was a therapist friend of mine who commented how everyone was experiencing various “Stages of Grief”. I pulled out my college textbooks to recall this. I’m grateful for my friends because they helped ground my understanding.

The Five Stages of Grief is a psychological model created by a Swiss Psychiatrist, Elisabeth Kubler-Ross. Kubler-Ross introduced this model in 1969 in her book “On Death And Dying”. She developed these stages from her work with terminally ill patients. Kübler-Ross later expanded her model to include any form of personal loss, such as the death of a loved one, the loss of a job or income, major rejection, the end of a relationship or divorce, drug addiction, incarceration, the onset of a disease or chronic illness, an infertility diagnosis, and even minor losses.

The Five Stages of Grief – Kubler-Ross Model are:

Knowing these stages and growing up with a family that is active in tribal politics has helped me move through my process. My parents, my cousins, and a sibling have served or are serving as Council Representatives on our tribal council.

I’ve witnessed the triumph of winning and the bitter loss of defeat. I’ve seen the countless hours of work. I’ve known the countless number of people who stopped by the house whenever they needed some-thing. I listened to the constant barrage of “I need this”or “my family is having a hard time”. I’ve heard open criticism of the people I love.

As much as I want to cower in the corner, it is now that my voice and your voice is needed. What has been said during this election was frightening, it is scary. I’m not going to diminish this.

You are needed, you are necessary. Stay active. Stay engaged in all civic matters.

What I know is this, we can not perpetuate a ‘US versus THEM’ thinking. Hate never wins. If you witness discrimination, intervene. If you experience discrimination, speak out. Be bold. The time is now to dig deep and demonstrate courage.