Even though the city of Bemidji is surrounded by three Indian reservations, there have been few Native American-owned businesses in town. Now, a Red Lake tribal member has opened a new restaurant. It’s believed to be the first American Indian-owned restaurant in the city. Owner Marv Hanson tapped into a little-used state fund intended to help American Indian entrepreneurs.

The menu features Red Lake walleye and Indian harvested wild rice. Hanson is also proud that most of his 25 employees are Indians. 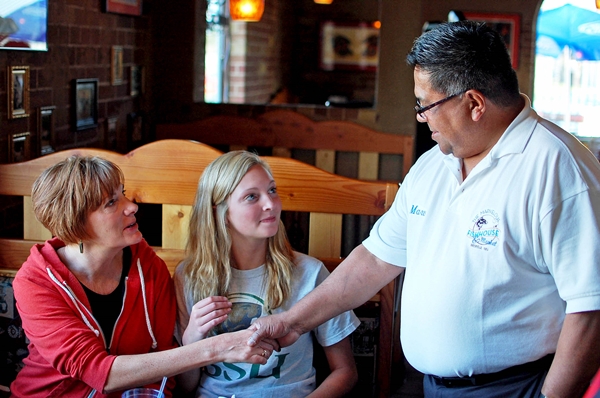 “It’s fun to be a tribal member that is going to make a difference, as far as job creation outside the reservation,” Hanson said. “It’s kind of something that really doesn’t happen very often.”

Hanson, a St. John’s University graduate, said he was motivated to go into business himself after working as director of Red Lake’s job placement program.

The job was a big challenge. Red Lake’s high school dropout rate is among the highest in the state, and half the tribe’s adults are unemployed. Hanson pushed tribal members to continue their education so they could compete in the mainstream economy. Now, he wants to be a role model for would-be entrepreneurs in Indian Country.

Indian-owned businesses are rare. A survey conducted in the early 2000s by the Minnesota American Indian Chamber of Commerce found around 2,500 businesses owned by Native Americans. Chamber officials say the recession took a toll on Native-owned businesses, and they guess the number might now be half that. 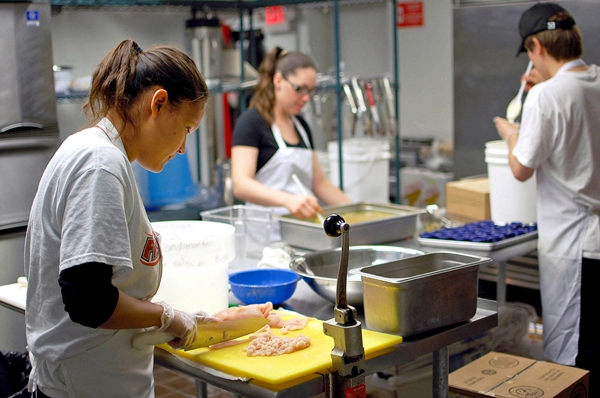 There’s little sign of entrepreneurship on the Red Lake reservation where about half of adults are unemployed. There are no privately owned coffee shops or clothing stores or movie theaters. Most people on the reservation buy what they need in Bemidji, 35 miles to the south.

The tribe launched a program last year to encourage would-be entrepreneurs, said Sharon James, the small business development manager on the Red Lake reservation. James is working with about a dozen people interested in starting businesses on the reservation. Most tribal members don’t have the basic knowledge or the financial resources to get started, she said.

“They don’t have the background that typical environment provides. Like say for example, ‘Oh, my family was in business, or my family are second-generation business owners,” James said. “It’s new to them as far as creating their business plan, knowing how to approach financing sources, and then being able to meet the criteria to get financing.”

Enrolled tribal members are eligible for financial assistance through the state. The Minnesota Indian Business Loan Program provides start up loans for up to 75 percent of a business project.

That’s how Hanson got his Bemidji restaurant up and running. He obtained a $177,000 loan from the program, along with a $35,000 gap loan from the Northwest Minnesota Foundation. He also put up $100,000 of his own by taking out a second mortgage on his home.

The Indian Business Loan fund has been used only 16 times in the past decade, according to the Department of Employment and Economic Development, which administers the program.

Jon Otto, a White Earth tribal member who chairs the state’s American Indian Chamber of Commerce, said the state’s loan funding may be underutilized because few people know about it.

“The Chamber would be happy to work with them and promote it on our website,” Otto said. “But whether there’s outreach to say ‘Hey, we’ve got funds for Indian business, come on, let’s talk,’ I think you’d have quite a few people who would be very, very interested in talking… but I think there’s some lack of awareness.”

Otto said the Minnesota American Indian Chamber of Commerce is interested in working with tribal communities, and especially tribal colleges, to create an environment that supports Indian people with new business ideas.

At Hanson’s Marvelous Fish House and Market restaurant in Bemidji, Leech Lake elder Jim White is one of the first customers. White remembers the days when racial tensions were high in the area and Indian-owned businesses off the reservation were unheard of. Things are better these days, White said, and he sees Native-owned businesses like Hanson’s as a big step forward.

“It gives me a lot of pride to be able to come here where there’s a Native American that owns the restaurant,” White said. ‘We were considered the ‘silent race,’ and we haven’t got over that image yet, but we’re starting to open up now.”

The Minnesota American Indian Chamber of Commerce officials plan to conduct a new survey to tally Native-owned businesses in the state. Their goal is to create a tighter network of support within the tribal business community.