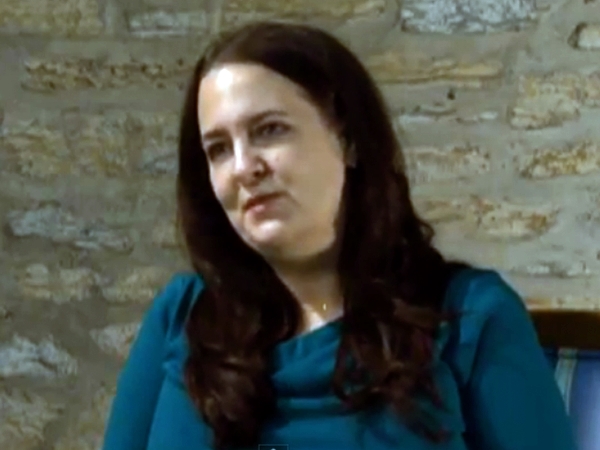 The Division of Indian Work’s (DIW) Women of Traditional Birthing Program recently produced a documentary entitled Healthy Babies Healthy Futures: Ending the Cycle of Prenatal Alcohol and Drug Exposure. This documentary sheds light on the effects of drug and alcohol use during pregnancy in the Twin Cities’ Native community.

“The first thing you have to do with any issue is get the information out there for people to really start addressing the problem,” said Patina Park, the Executive Director of the DIW. “I think this is the first step as far as getting people informed so we can start focusing on what we can do to help it, stop it, and make it better.”

Park said that many women don’t seek help for these issues during pregnancy because of shame and stigmatization. “The core problems are pretty complicated. In many instances, they go back generations, so it’s not just their issue, but it’s the community’s issue,” she said. “To simplify it by saying ‘don’t use’ really doesn’t get at the problem or do anything to help other than to shame the women who are struggling.”

Fawn Edberg, the Coordinator of the Women of Traditional Birthing Program and the lead organizer of the documentary, hopes that it will inform both members of the local Native American community, as well as the general public.

“Our community starts with our babies, and we need our babies to be healthy and our pregnant women need our support and education so that we can help them have these healthy babies,” Edberg said. “I’m also hoping that the video will help people understand where our Native women are coming from, as far as how tough it is for them to have these risk factors that they have to deal with everyday.”

The risk factors Edberg references are not those that are generally associated with pregnancy, such as diabetes, age, and weight, explains Park.

“When we talk about high risk, we’re talking about the fact that they don’t have safe, stable shelter from night to night, or nutrition,” Park said.  “And a lot of our clients struggle with mental health and chemical dependency.”

Oftentimes, a woman who is addicted to alcohol or opiates experiences a host of other struggles or barriers that impact her pregnancy.

“Pregnant women who are drinking alcohol or addicted to other drugs have other risk factors such as poor nutrition. They don’t get good medical care. They may have some domestic violence  issues that make a negative impact on pregnancy,” Edberg said.

Amy Langenfeld, a Certified Nurse Midwife with the Indian Health Board (IHB) and a speaker in the documentary, said that these compounding issues make it difficult to determine exactly which factors contribute to infant mortality rates.

“Rarely does a woman just use opiates – there is usually other drug use, alcohol use, cigarette smoking, and poor nutrition,” Langenfeld said. “All of these other things can be insulting to developing babies, so it’s really hard to tease out exactly what’s doing what.”

Because of this issue, there are very few reliable statistics available regarding opiate use during pregnancy, not only nationally, but in the Native community specifically. According to Park, infant mortality rates are currently higher for Native Americans than any other ethnic group.

Langenfeld also offered resources from studies she has read and her own clinical experience. “In 2005, 1% of women admitted to using opiates in pregnancy. When they did the testing of the newborn’s stool [from this sample], 8% came out positive, and that’s just in the general population,” she said. “I do opiate care at my clinic. I screen everyone for opiates and I see about 20%-25% of my OB patients struggle with opiate addiction.”

The recommended treatment for expectant mothers addicted to opiates is different from what is traditionally recommended to pregnant women for alcohol or cocaine use.

“The fact that opiate withdrawal is what’s dangerous in pregnancy, and not opiate addiction, is very backwards from what people usually think about pregnancy,” said Langenfeld.

She explained that opiates do not have a large effect on an unborn child’s brain development. However, when a pregnant woman goes through withdrawal, her unborn child also goes through withdrawal, specifically decreasing the amount of oxygen it receives. This lack of oxygen can lead to health complications for the fetus, potentially resulting in death. On average, opiates obtained on the street last for 4-6 hours, after which the woman and her unborn child come down and experience what Langenfeld calls “micro-withdrawals.”

“What we want to do is put women on a methadone program, because methadone lasts 27 hours,” said Langenfeld. “So not only can we prevent these micro-withdrawals, but we can involve them in other supportive environments and get them connected to the resources and tools that they need to get on the path that they want.”

To date, Langenfeld has only seen these methadone maintenance programs help women and their babies.

“I’ve never had a woman come in to see me and get onto an opiate maintenance program and lose their baby. But I’ve had several women who have endured withdrawal on their own thinking they were doing the right thing and their baby died during that process,” said Langenfeld. “We can help these women, so we should be supporting them in that and not shaming them.”

Although these babies will be born addicted to opiates, with the proper initial medical treatment, they often experience few or no adverse, lifelong health conditions.

“I want to get women the tools they need so they can make the decisions that are right for them,” said Langenfeld. “Because if we don’t give them these opportunities and options, then how can we expect them to know how to traverse the system and get the support they need?”

“Everything we do is coming from a position that we want our community to heal for themselves and for their ancestors and get themselves in a healthy position so they can move forward,” said Park. “We really try to focus on the hope and the positive. Because the bad stuff is always there. If we can highlight the strengths of our community – the strong feeling of family, the commitment to the children – I think that’s what the video does a really good job of. Because there’s so much positive about the community despite the negatives.”

Pregnant women seeking support can contact Edberg directly at 612-279-6312 or fedberg@diw-mn.org. Langenfeld also encourages women with opiate dependence to contact her at the IHB. The documentary can be viewed in its entirety at www.youtube.com/watch?v=14O8Wah3CeM .