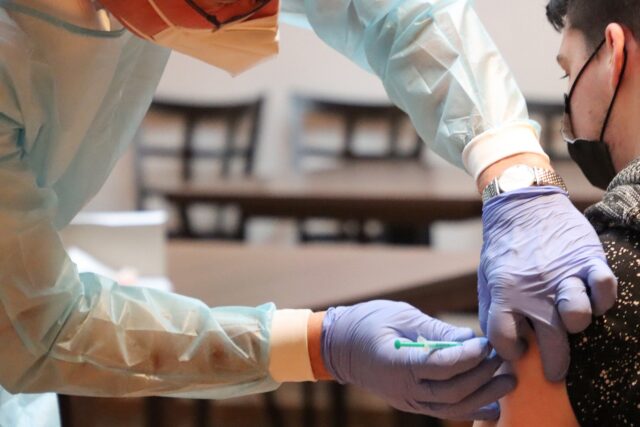 The message came down in late April from the White House, the Centers for Disease Control and Prevention (CDC) and state capitols all across the nation that vaccinated people can begin going outdoors without masks.

This is a step toward what was considered pre-coronavirus normalcy. But medical experts and a leading Native health educator warn that this is no time to let down our guard against the COVID-19 virus.

“We have the variants,” said Dr. Mary Owen at the University of Minnesota, Duluth (UMD) and its Center of American Indian and Minority Health. “We still don’t know what they will do to us.”

Even though vaccination rates are steadily increasing in Minnesota and elsewhere, and rates of new infections are decreasing, variant forms of the COVID-19 virus are on the rise. These are more contagious and are often more severe that the virus strain identified with the outbreak that hit in March 2020.

What troubles Dr. Owen and officials at the Minnesota Department of Health is that younger people are becoming infected at higher rates now than when COVID-19 first arrived.

After a year in which public gatherings were discouraged, restaurants and bars and other businesses were shut down or had limited access, restrictions are being eased. Young people may be more inclined to go back to socializing with friends, without caution, than the general public even though nice weather temps all to break from COVID hibernation.

Masks are still required in indoor settings and are still encouraged where people are close together outdoors. If you don’t know the people around you, and if they have been vaccinated, masking up and keep safe social distances are still lines of defense.

On April 29, the Minnesota Department of Health said more than 2.5 Minnesotans had at least one dose of a vaccine for the virus. The number of state residents that have completed their vaccines was approaching 1.9 million.

That is hailed as progress in Minnesota. But the state has 5.7 million residents. As of April 27, that means 56.8 percent of Minnesotans have had one shot, and 42.1 percent are fully vaccinated.

“We have a long way to go before we reach herd immunity,” Owen said.

There probably isn’t a difference between Native young people’s vulnerability to the virus than for other population groups in the state, she said. At the same time, studies by medical researchers have shown that Native Americans and Alaskan Natives (AIAN), and other people of color, have been more harshly impacted by the virus than the general public.

That is a consequence of inequality in health care, stretched over time, Owen said.

People with underlying health conditions, such as diabetes, lung and heart problems, are hit harder than healthier people. Native Americans have long had such health condition problems and many do not have easy access to health care.

Owen serves as director of the Center of American Indian and Minority Health (CAIMH) at the University of Minnesota Medical School’s Duluth campus. She also has the position of assistant professor for the Department of Family Medicine and BioBehavioral Health.

A member of the Tlingit nation in Alaska, Owen is a graduate of the University’s program. She returned to her tribal community at Juneau to practice medicine before circling back to the UMD campus in 2014.

The medical program at UMD is among the largest educational sites, along with the University of Oklahoma, in preparing AIAN students to become physicians and for other medical careers.

At the Center’s website, Owen described her director’s job as developing and managing programs to increase AIAN student enrollments for these careers and to do outreach work with local and national Native leaders to keep the Minnesota Medical School focused on AIAN health care and education needs.

She also works on developing an AIAN track for students interested in providing healthcare for AIAN communities and developing research efforts on AIAN health disparities.

Owen told The Circle that she is proud of tribal leaders in Minnesota who have actively encouraged Native Minnesotans to get vaccinated. They led by example, she said, by getting their shots in front of reporters and television cameras. And, she added, tribal leaders were quick in enforcing Minnesota Health Department (MDH) and federal Centers for Disease Control and Prevention (CDC) guidelines and recommendations for keeping people safe.

There are now sufficient supplies of all three vaccines to combat COVID-19 or at least reduce the severity of an infection. Progress is being made in vaccinating people. But there are signs that demand for getting vaccinated is slowing down.

After a year of constant COVID news, Owen said, there might be a reaction to COVID overload.

On a dashboard tracking COVID-19 infections and actions updated daily by MDH, the downward slide in vaccinations was noticeable in the last week of April.

This comes after Minnesota officials have opened up vaccinations for most people ages 16 and older after starting the program with limited distribution for elders and people with jobs forcing them to be in contact with people who may be infected or carriers of the virus.

With more people now eligible to get vaccinated, numbers of people availing themselves to this protection should not be dropping.

Information on vaccines and their availability can be found at https://mn.gov/covid19/vaccine/data/index.jsp. Additional COVID-19 information is provided at https://www.health.state.mn.us/diseases/coronavirus/situation.html.