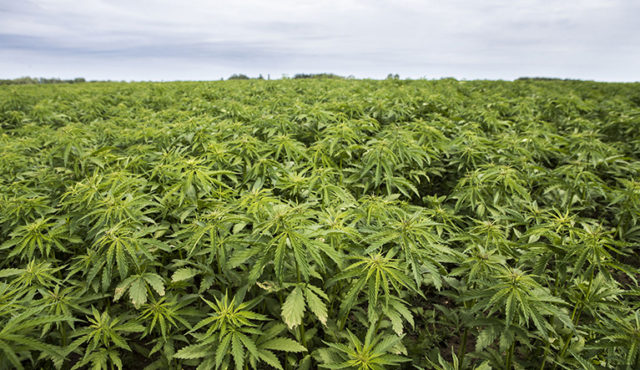 While armchair and facebook critics are blasting away at those of us transforming the world, blasting Alexandria Ocasio Ortiz, Ilhan Omar, and others for having a dream of an ecologically and socially beautiful world, things are changing. Not surprisingly, the President of the US has been insulting l6 year old climate activist Greta Thunberg – which is in itself rather pathetic, a president taking pot shots at a young woman.

The world is changing. Millions of youth are asking for that change, and it’s coming, despite the haters and naysayers.

Scene One: This week I traveled to the Emerald Triangle, that’s the northern California center of cannabis production. Flow Kana, one of the largest cannabis processers in the world, sponsored their first Cannabis as a Catalyst for Change conference held in September. Honestly, it was the most interesting conference I’ve been to in ages – everyone from Dr. Bronner to Snoop Dog was there. Yup, we were all talking Cannabis.

Once the third largest winery in the country, Fetzer vineyard’s mother ship 80 acres and a 87,000 square foot industrial space are now a cannabis facility. They once produced a million cases of wine annually from this facility. That was then. Today, a state of the art facility provides product assurances to dispensaries throughout California. In a scant two years, Flow Kana launched their institute and now works with l00 organic, sun grown cannabis farmers to produce high quality cannabis products for the California market. They have 300 employees, and support a healthy and growing integrated economy. The company also bought out RealGoods, a solar manufacturer, and plans to increase solar access for farmers and solarize the future.

That’s revolutionary, it’s that simple. With the end of marijuana prohibition happening state by state, this industry is poised to grow significantly, and more will come. It’s time for people to be at the table.

Scene Two: Exxon/Mobil drops out of the top ten of the S and P 500, for the first time in nine decades. In l982, the 400 richest people in the world included 89 who made their money from oil, today the top 59 is dominated by technology tycoons. Six of the ten richest people in the world are tech heads. How’s that translate – these firms are changing the future of energy, ie: the defacto prohibition on renewable energy is ending.

Amazon.com announced it will be carbon neutral in 2040, with 80% of it’s power coming from renewables by 2024. And they just announced a buy of l0,000 electric vehicles.
Google is following suit, along with Daimler Engines (they basically brought us the gasoline engine) which has announced it will move entirely to electric engine work.
Toyota has just brought the Toyota Mirai, a fully hydrogen powered vehicle that’s zero emissions. Patagonia CEO Rose Marcario tweeted, “The plain truth is that capitalism needs to evolve if humanity is to survive.”

Cannabis and hemp are a growing industry. They can be smoked, used medicinally, or for fiber and building material. They are also an important part of the solution to global warming and climate change.

The US hemp industry was around $4.6 billion in 2018, and is projected to grow to $13 billion by 2026. More than cosmetics and food products, hemp is a fiber material and a core part of the future of construction. Here’s an example: hempcrete. Cement makers are responsible for about 7% of the global emissions of carbon. While architects have been concentrating (everywhere but Fargo, ND) in building more energy efficient, passive solar super insulated LEED buildings, it’s actually about the materials to put these super structures in order. It’s also about reducing chemicals as hemp can be grown organically.

Just south of the tar sands, Terry Radford from JustBioFiber Structural Solutions is building hempcrete bricks in Airdrie, Alberta. Radford, a four decade long commercial developer who moved into hempcrete, said “It’s not about money, it’s about doing good for the planet.” But he’s making good money and expanding to a $28 million production facility intended to make something like hempcrete lego blocks. It’s a miracle answer to construction.

Hemp, a fast growing fiber, absorbs carbon dioxide when it’s growing and continues to absorb greenhouse gases as it’s mixed with lime or clay. JustBioFiber says it’s hemp captures 287 pounds of carbon for each cubic meter it builds. That’s an environmental solution. In France, they are building seven story buildings with the hempcrete, with more to come. That industry doesn’t even exist in the US yet. Cannabis and hemp are growing and need more friends. It’s time to sign up for the Green New Deal, not armchair-criticize it.

For Minnesota tribes, Red Lake is taking the lead in hemp, this year adopting a hemp code and approving three hemp farmers. White Earth is off the radar, banning hemp for the year, under the urging of Secretary Treasurer Alan Roy.

Spring is soon, time to plant the future.