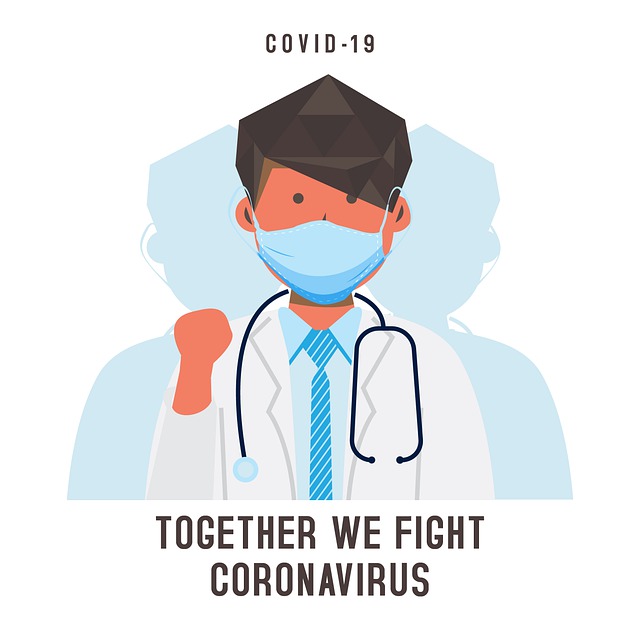 Although tribes in Minnesota are in control of their own health infrastructure, a good relationship with the state is crucial, said Antony Stately, executive officer of the Native American Community Clinic (NACC) in Minneapolis.

“In Minnesota we have a good relationship with the state and we’ve worked hard to carve it out,” said Stately (Oneida/Ojibwe). “It’s not perfect by any means but it’s a lot better than some states.”

That teamwork was evident Sat., June 28, when the Minnesota Department of Health and the University of Minnesota partnered with the clinic to stage free coronavirus testing for Natives at Harding High School in St. Paul.

Stately said around 250 were tested with nasal swabs. The results are expected early this week.

In May, NACC teamed with the Mayo Clinic to provide free testing at its south Minneapolis headquarters at 1213 E. Franklin Av. in the heart of the urban Native neighborhood.

“In many ways Minnesota is a model state for how governmental agencies should work with Tribes,” Stately said. “The governor has worked hard to create a cabinet that has a high level of communication with the tribes.”

Nationally, Stately believes tribes were hampered by a slow government response to COVID-19.

“They spent several crucial weeks initially just debating just how severe it was while Germany months before saw that people could be carrying it and be asymptomatic and it was best to just wear a mask,” Stately said. “The slow response cost people’s lives.”

Although Native Americans have wide health inequities, including a higher death rate in the U.S. among all races, they have a minute rate of infection or death due to the coronavirus in Minnesota.

Their 22 deaths out of 1,425 statewide accounted for only 1.5 percent, according to statistics from the Minnesota Department of Health.

According to 2019 data from the Indian Health Service, American Indians have a life expectancy of just 73 years, the lowest among all races, against an overall average of 78.5.

They had higher death rates than other races from cirrhosis, diabetes, suicide, homicide and lower respiratory disease, the IHS said.

Those medical conditions could make it difficult to recover from the coronavirus, said the Minnesota Department of Health (MDH),

The MDH is a member of Gov. Tim Walz’s Community Resilience work group that looks to prevent COVID-19 from affecting Natives or other communities of color more than others.

The department has several options listed on its website for helping communities get a message out, like getting regular email updates, and taking advantage of posters, videos and social media content available on its site.

Minnesotans are encouraged to continue with good social distancing and mask-wearing and to not think that the pandemic has passed. It hasn’t.

Southern and Southwestern states like Florida, Texas and Arizona, which were among the first to relax their rules and open up businesses, are now experiencing an explosion in Covid-19 cases and its swelling intensive care units and emergency rooms.

That could happen here, too, as evident in spikes in cases in downtown Minneapolis and Mankato bars last weekend, where younger drinkers congregated shoulder-to-shoulder without wearing masks.

As of Sat., June 27, the Navajo Nation Department of Health reported 7,414 cases and 362 deaths from COVID-19 across its multistate reservation.

Stately said a poor relationship among tribes and states hamper a strong response to the coronavirus.

In South Dakota, for instance, Republican Gov. Krisi Noem bucked tribes’ efforts to keep people from traveling through their reservation and potentially spreading the virus to tribes ill-equipped medically to handle mass infections.

“Tribal members have significant challenges in getting their needs met when you see restrictions in services (from the state) or a lack of available beds and cooperation,” Stately said. “I’ve lived there and my kids are from there and South Dakota and North Dakota are still pretty racist.”

“I heard in South Dakota they were pulling people off ventilators after four or five days if they weren’t responding because of a lack of ventilators,” Stately said.

Even in Minnesota, Stately said, direction from the state for urban Indians in the Twin Cities was slow at the outset of the pandemic.

“A lot of that is a trickle-down effect from the leader of the nation being so confusing about the response,” Stately said. “For two or three weeks there I felt like we were flying blind.”

Stately said his clinic initially performs an over-the-phone test for symptoms with patients concerned that they may have the virus.

The clinic itself, with a staff of 85, survived a scare earlier this spring when a staffer tested positive, resulting in a shutdown. Around 90 percent of care is done remotely, Stately said.
Stately said the clinic monitors patients via telehealth if they test positive and if their condition worsens they are referred to Hennepin County Medical Center or other facilities.

“If we’re trying to hold the rest of the health system accountable for social justice, we have to as well. We need to live our mission and walk the walk.”

Stately said you don’t need health insurance to receive the test. In fact, NACC will help individuals get insurance through the MNsure portal, he said.

For more information on Covid-19 and Indian Country: