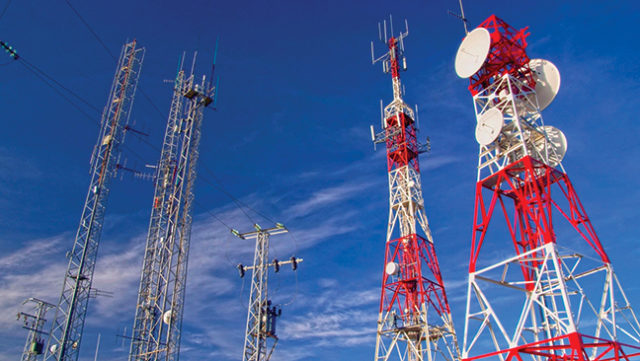 Our ancestors navigated by the stars. Today most of us need a cell phone to know where we are going. That’s sobering. We are out of touch. That’s not to say I am going to be able to navigate by stars anytime soon, but I still like the directions of “turn at this barn”, or “the lake on the left”. And I like maps. They tell a story and give me a visual which does not change.

What I like may be changed forever by new technology. G5 cell service – promised by Verizon, ATT, TMobile and Virgin – speeds up the world and adds a lot of towers, up to 800,000 new towers. That’s a lot of cell coverage. The big companies, Verizon and ATT, already offer G5 service in some urban areas and the companies are promising to bring it to the rural north. My son will be able to stream games, movies, and all more quickly while sitting on the couch. How fabulous is that?

Well, I think it’s a bad idea. G5 adds to our world another level, a higher level of electromagnetic radiation exposure, which is damaging not only to our health but to the world we live in. This service requires lots of new towers, closer together – in some places, once every l2 houses. In short, lots of money for the companies and possibly lots of risk. Add to that the speed in which this is to be deployed, without much of a look at the environmental and cultural impacts, and the problems compound.

Take the birds for example. There used to be millions of them. Fields full of geese, ducks, migratory birds, lakes echoing the sounds of these relatives. Take a good look. They are no more. Bird populations are plummeting quickly in North America – a 40% decline. In May, I traveled to New York City. Once the pigeons would make you crazy. Today there are none. Really, there are no birds. Maybe that’s a result of the insect Armageddon, since we have 50% or more loss in bugs. And birds eat bugs. Maybe it’s because young people do not care for pigeons like their elders who fed them. Maybe it’s because they commit mass suicide, or die offs. Or maybe it’s the 5G which now serves Manhattan.

It’s probably a combination of all. But what if we could roll back one of those, or maybe just have 5G Free Zones, like a few places where instant messaging and streaming doesn’t work. It turns out a number of cities – from Geneva Switzerland (the Swiss are definitely some technology people) to Petaluma, California – are opposing or stopping 5G installations. A federal lawsuit filed by 19 Native nations and the Natural Resources Defense Council (NRDC) asks for the same questions. Tribes, including the Seminole, Blackfeet, Rosebud Lakota, Crow Creek Dakota and others are concerned about the number of cell towers required for 5G and their impact on sacred sites, and traditional territories, while others are concerned about the health impact.

To be more specific, according to the legal case filed by the tribal governments and the NRDC (Case No. 18-1129, United States Court of Appeals for the District of Columbia Circuit), “Infrastructure supporting over 400,000,000 cellular telephones is perhaps the United States’ largest interconnected engineering structure. Existing technology uses large, widely-spaced towers. Carriers envision new networks with smaller towers, perhaps fifty feet tall, placed much closer together, creating smaller area coverage for each cell than existing technology. The FCC [Federal Communications Commission] expects mobile operators to build 55,000 new cell sites in the near term.”

That’s a lot of cell towers. We will be paying for those for sure. Maybe we need to look at where those would go. It turns out this will impact many Indigenous peoples. Native nations have tribal lands, sacred sites and cultural areas outside of present reservation boundaries. That’s, in part, why there is a formal consultation process. It also has to do with legal trust responsibility. The FCC, in fast tracking approval for the 5G network infrastructure, has determined that complying with federal regulations like the National Historic Preservation Act isn’t necessary. As the complaint notes, “The FCC’s concludes that Section 106 consultation is without serious value.” That is a pretty large problem for Native people.

Other groups, particularly environmental groups, are concerned about the health impacts of the 5G network on the natural world. Studies looking at the impact of electromagnetic pollution on wildlife have raised concern. One scientific review notes, “Phone masts located in their living areas are irradiating continuously some species that could suffer long-term effects, like reduction of their natural defenses, deterioration of their health, problems in reproduction and reduction of their useful territory through habitat deterioration.” (Electromagnetic pollution from phone masts. Effects on wildlife, by Alfonso Balmori. 2009)

The research has been underway for awhile, but I was too busy streaming my Netflix to read much. In September of 2017, more than 180 scientists and doctors from 35 countries, recommended a moratorium on the roll-out of the fifth generation, 5G, for telecommunication until potential hazards for human health and the environment are fully investigated by scientists. The scientists want to make sure that the research is conducted independent from industry or corporate influence.

This is the skinny: 5G means a lot more cell towers, on top of the 2G, 3G, 4G, Wi-Fi, etc. for telecommunications already in place. While Verizon continues to eat up more of my budget, part of it is that 5G will require many more antennas, with a full-scale implementation resulting in antennas every 10 to 12 houses in urban areas. It means we all get zapped, you will not be able to avoid exposure. The studies show that there are increased cancer risks, cellular risk, genetic damages and a bunch of other lousy stuff.
Add to that “10 to 20 billion connections” (to refrigerators, washing machines, surveillance cameras, self-driving cars and buses, etc.) all parts of the “Internet of Things.” That’s the same internet that I love so dearly, from smart phones to smart grid. So, what am I thinking? Take your eyes off that cell phone, or maybe it’s your IPAD, and just take a look around and breathe.

We need to rethink just blindly adopting technology for convenience. If we want this new faster connection, what we may want is more expensive but less damaging: a fiber optic system to wires (even faster), not waves going through living bodies. It’s ok for machines but not biology.

“In 2012, the General Accountability Office found that the existing standards may not reflect current knowledge and recommended that the FCC formally reassess its standards. The FCC’s standards address only one aspect of potential harm from electromagnetic radiation – heat. The current standards do not address other ways in which exposure to increasing electromagnetic radiation from wireless communications can harm human health, as well as the natural systems around us on which all life depends.” (5G and the FCC: 10 Reasons Why You Should Care by Sharon Buccino. 2019)

The concern is a risk of cancer, particularly in heart and brain cells, according to the National Toxicology Program in a 2018 study. I think that most of us know that intuitively you cannot get zapped continuously without consequence. I think that Genie should stay in the bottle for a few years. While you can no longer see the stars in many places, where I live they are clearly in sight. They remind me of my ancestors, the air, and the navigation tools needed for the time ahead.