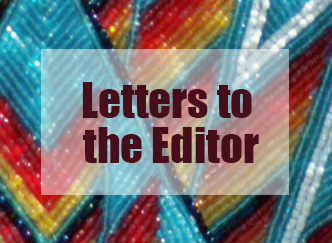 These letters are from the perspective of youth in our community who attended The Waybingay Program’s “To Release” workshop, which focused on prevention of commercial tobacco use, and drug and alcohol abuse. The program is a culturally based, interactive program for youth to learn about their role in the community.

One of the lesson plans, Policy and the Wider World, had youth design their own media message, while learning about how policy works at the Government, Tribal, and local level. As part of the lesson, they wrote letters to their representatives in their district, their schools, and local newsaper editors. This helps create a path for youth to use their voice and become leaders in their communities.

Dear Fue Lee,
I am writing this note because as a Native American youth, I don’t get enough opportunities to learn more about my culture. I would like to see a change in my school communities, I want more culture classes or after school classes. Everyone should get the chance to learn their traditional ways, their native tongue, etc.

Some cultures aren’t even talked about in my school. A lot of kids don’t know their own language, their main source to know about their ways is their parents, and sometimes they don’t even know. If you can’t ask your parents who do you ask? This is one main reason why I believe we need more opportunities as youth to know about our cultures.

If we start young we can all as a Nation get our culture ways back. I hope you have the heart to read all this and think about the suggestion.

Have a good day, and as we say in my language, Giga Waabamin (see you later).
Jennifer

I wrote this letter because I want you to support no tobacco in my community. Because tobacco is very addictive  in my community and it kills at least 5,900 adults each year. I see that this effects me because my mom smokes and she has gotten addicted, and I’m worried that she will get lung cancer and I will possibly lose her, but I hope she doesn’t die and sees me grow old.

Also commercial tabacco has thousands of chemicals that can kill you or give people lung cancer. Commercial tobacco can be very addictive to young people who smoke because their body is still growing, and second hand smoking is more dangerous than first hand smoking.
Ulysses

Dear Representative Fue Lee,
My name is Aalynna, I just want to say that there should be more youth focus programs or more focus on drugs, alcohol, and suicide. Even though the suicide numbers have gone down there are people who commit suicide and I think there should be more information on it.

I know drugs are illegal but there are people who still do drugs. People who do drugs must have hit rock bottom with their lives that made them want to do drugs. So we should have more rehab centers to help those in need.

Alcohol kills a lot of people each day, my mom uses alcohol every week and it hurts to see her drink it, even though she knows what will happen if she drinks a lot. I just want teens and children to know the consequence if you drink a lot. There should be more focus programs for kids because they are hurting their brain that are not developed and get more information on it.
Aalynna

Representative Diane Loefler,
Can we have more homeless shelters so people don’t die, because people are getting sick and getting frost bite and freezing to death. So to solve this, we can have shelters that are heated with beds and a bathroom kind of like an apartment but nicer so that people can sleep there free of charge.

And a separate house for women for privacy and the nurse that can make sure that people aren’t overdosing or drinking alcohol. And one house for pregnant people and one section for transgender people so that there aren’t problems. And a prayer room/smudging room. And there could be a room for young homeless people.

And there could be a therapist to help the people who self harm, have bad thoughts, or if they just want to talk to someone. And a room for elders to teach the young people about tobacco and alcohol.
Kaylee