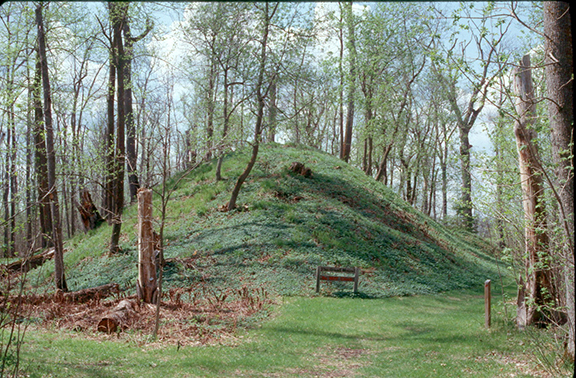 In October, the Minnesota Historical Society (MNHS) decided to keep the Grand Mound Historic Site closed to the general public, following the wishes of descendants of Native Americans who are buried at the sacred site. The site will be accessible to Native Americans for ceremonial and educational purposes.

“This site is first and foremost a burial ground with thousands of human remains still interred there,” said Joe Horse Capture, director of Native American Initiatives at MNHS. “This decision honors Native ancestors and ensures respect for Native American culture and history.”

MNHS will continue to preserve the mounds while working toward a long-range plan for the site’s future that includes the possible transfer of the site to a Native American tribe or tribes. In the immediate future, MNHS will research options regarding the future of the site’s visitor center, and staff will work with both Native and non-Native stakeholders to develop educational outreach opportunities to share the history of Grand Mound with the general public.

“Grand Mound is part of an interconnected line of burial mounds that runs for 90 miles along the Canadian and U.S. sides of the Rainy River,” said Kent Whitworth, MNHS director and CEO. “The historical importance of this site cannot be understated, but we must protect it and provide education while also ensuring that Native people can care for the place where their ancestors lie.”

MNHS acquired Grand Mound in 1970, opened a visitor center in 1976, and operated it as a publicly accessible historic site until 2002 when budget cuts forced its closure. Since then, MNHS has continued to maintain the preservation and security of the historic site while exploring options for its future.

The Indian Education Department at Minneapolis Public Schools (MPS) has been named a winner of a Cultural Jambalaya 2018 Diversity Award. The department is among four inspirational Minnesota champions who have made a positive difference by advancing multiculturalism/ethnic diversity in their Minnesota communities.

The Indian Education Department at MPS advances knowledge and understanding of Native cultures for Native students, families and educators. Their work also benefits the broader student community through exposure to Native culture, history and perspective.
In selecting award winners, a panel of independent judges evaluated the nominees’ impact, the creativity of their approach and the passion of their voice.

“These amazing winners demonstrate a collective understanding of the cultures, ethnicities and races that make Minnesota a dynamic, prosperous and tolerant place,” said Ann Merrill, board chair of Cultural Jambalaya, a Twin Cities-based nonprofit that promotes respect and understanding for all cultures.

A creator and provider of educational resources, Twin Cites-based Cultural Jambalaya was founded on the belief that humanity is advanced by illuminating the traditions, customs and everyday activities enjoyed by people all over the world.  For info, see: www.CulturalJam.org.

(By Michael Meuers) On October 9, Arlan W. Jourdain was sworn in as one of Red Lake’s Seven Hereditary Chiefs. Jourdain succeeds Chief Alexander Gillespie who resigned the position in late summer. Members of Red Lake’s Seven Hereditary Chief system have the responsibility of deciding who is to succeed the previous Chief by examining the family trees or lineage charts.

“Sometimes it’s easy.” Loud said, “As a general rule, the honor and responsibility of being a Red Lake Hereditary Chief is inherited by the eldest son. There are other times, (for example a chief with no sons) that require more consultation. In all cases, lineage is examined and it is the Chief’s who determine who best meets the criteria for filling a vacancy. The Tribal Council then ratifies that choice.”

Red Lake, one of two closed reservations in the US, is touted as having the first modern indigenous democratic governance system in the nation, while maintaining a hereditary chief system.