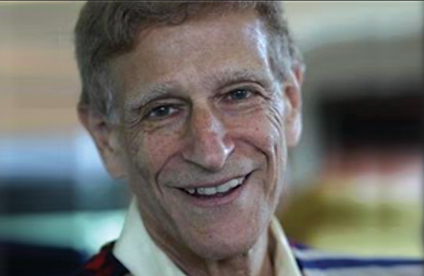 “Eventually, of course, he graduated from law school and came in as our attorney, knowing very little about Native people, about treaty rights or things like that,” Bellecourt said. “But he started representing us on all these issues. He actually became one of the foremost Indian attorneys in America.”

Leventhal defended American Indian Movement activists who faced charges in the occupation of Wounded Knee, S.D., in 1973. He also won a settlement for two American Indian men put in the trunk of a patrol car by police officers and driven around the city.

Bellecourt sees Leventhal’s influence in some of the treaty arguments being made at the Standing Rock encampment over the proposed Dakota Access Pipeline.

Leventhal had a hand in many high-profile cases, but Bellecourt said he also helped with day-to-day legal issues, like incorporating schools and other non-profits in the community.

“He became family,” Bellecourt said. “He became like part of our family. Even to the point where he could joke around and tease us. … We celebrated birthdays together, dinners together and anniversaries together. We’d never think about doing anything like that without Larry Leventhal.”

In the legal world, Leventhal was known as a tireless representative of activists, said Twin Cities attorney Melvin Welch.

“He really developed a good reputation there because he was such a tireless worker,’ Welch said. “He was really known as a zealous advocate. He would pick up the smallest case where there was an injustice and really pursue it vigorously.”

But not everything was grim struggle. Leventhal had also served since 1969 as an officer of the Block-Heads Oasis #3, one of the longest-running Laurel and Hardy clubs in the country.

Grand Sheik Tracy Tolzmann recalled a running joke: He would introduce Leventhal as “a ‘prominent Minneapolis attorney with offices in St. Paul,’ and one person in the crowd would applaud wildly, and Larry would run back and shake hands. And I’d say, “Notice how deftly the $20 bill changes hands.’ I mean, I think a lot of people didn’t realize that Larry was a prominent Minneapolis attorney.”

Leventhal also collected Laurel and Hardy memorabilia. Some of the youthful energy of those early film comedians seemed to have stuck with Leventhal even into his 70s.

Explained Tolzmann: “The thing that draws people to Laurel and Hardy is their childlike comedy, and they inevitably get into trouble, but they’re always looking out for each other.”

Leventhal’s funeral service was held at Temple Israel in Minneapolis. The family is asking that memorials be sent to the Minneapolis Jewish Family and Children’s Service and the American Indian Movement’s national office.