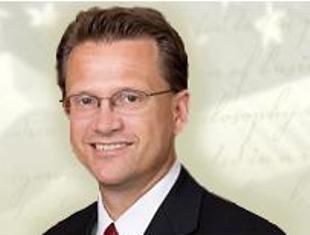 A Minneapolis lawyer with roots in Northeastern Minnesota and the American Indian community has been appointed the U.S. magistrate judge for the District of Minnesota to be seated in the Gerald W. Heaney Federal Building and United States Courthouse and Customhouse in Duluth.
Leo Brisbois, 48, of the Twin Cities suburb of Eagan, recent president of the Minnesota State Bar Association, and a graduate of Hibbing High School, has been picked to replace U.S. Magistrate Judge Raymond Erickson of Duluth, who retired in August.
Brisbois is a member of the White Earth Band of Ojibwe Indians and was the first person of known American Indian descent to be named president of the Minnesota State Bar Association.
In announcing the appointment, Chief U.S. District Court Judge Michael Davis said of Brisbois,“He is an experienced litigator and enjoys an outstanding reputation for maintaining the highest ethical standards and a commitment to public service, including his recent leadership as president of the Minnesota State Bar Association. The bench is confident that Brisbois will bring to the courtroom the same leadership, respect for others and commitment to service that he has demonstrated throughout his career.”
Brisbois was born in Aurora and grew up in Hibbing. He was a three-year starting goalie for the Hibbing High School hockey team and one of Minnesota’s top prep cross-country runners. He received his undergraduate and law school degrees from Hamline University in St. Paul.
He also served as an Army captain on the staff of the senior legal adviser to the four-star general commanding U.S. Army forces in Europe.
He is an attorney with the Minneapolis law firm of Stich, Angell, Kreidler & Dodge. He mostly does defense work representing clients in personal injury and construction defect civil litigation. He also does appellate work in state and federal courts and provides services in Alternative Dispute Resolution, helping people resolve legal problems through mediation or arbitration before going to court.
Brisbois’s father and mother, Gabriel and Mary Ann, live in rural Lengby, Minn., on the White Earth Ojibwe Reservation. His father, a retired Iron Range teacher, is an enrolled member of the White Earth Band of Ojibwe Indians. Brisbois said that while growing up, he and his siblings would spend summers with their grandmother on the reservation.
Brisbois is married and the father of a 13-year-old son and 4-year-old daughter. He has endowed a scholarship fund at Hamline’s School of Law for first-year American Indian students.
The Iron Range native gained a higher profile with the state bar association when he served as the Minnesota American Indian Bar Association representative to the bar’s Board of Governors from 1998 to 2004.
As president of the state bar, Brisbois and his association work closely with the state courts to lobby the Minnesota Legislature for adequate funding for the court system, salaries for judges and funding for legal services for the disadvantaged. The association also provides continuing legal education and public service opportunities for lawyers, and assistance to the legal system.
Duluth lawyer Stephanie Ball chaired an 11-member Merit Selection Panel of lawyers and business people that was appointed by Davis and his Minnesota federal judge colleagues to advise the court on the candidates.
“Leo Brisbois has a longstanding reputation for fairness and commitment to equal justice under law,’’ Ball said. “We were pleased to recommend him as a finalist to the bench.”
United States Magistrate Judges are appointed by the Judges of the U.S. District Court for a term of eight years, and are eligible for reappointment to successive terms. Brisbois will join Magistrate Judges Boylan, Mayeron, Graham and Keyes in St. Paul, Magistrate Judges Noel and Nelson in Minneapolis, and part-time Magistrate Judge Mary Kay Klein in Bemidji.