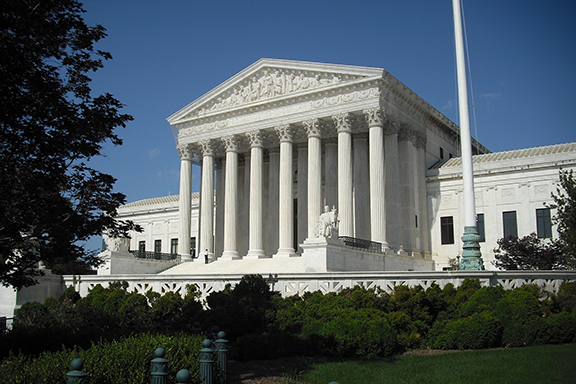 The Supreme Court has agreed to consider the constitutionality of Indian Child Welfare Act (ICWA) federal law which was created to rectify the displacement of Native American children from Native families and communities.

IWCA was created to stop the practice of removing hundreds of thousands of Native American children from their homes by adoption agencies and placed with White families or in group settings.

Native Americans say the law is essential to them and Native culture, and have pledged to defend it.

“We know the importance of keeping our children connected with their families, communities, and heritage. ICWA has proven itself as the gold standard of child welfare law, which is why both Republican and Democratic administrations, tribes and tribal organizations, and child welfare experts continue to defend it,” Cherokee Nation Principal Chief Chuck Hoskin Jr. and three other tribal leaders said in a statement.

“We will never accept a return to a time when our children were forcibly removed from our communities, and look forward to fighting for ICWA before the Court.”

ICWA is being challenged by seven individuals and three states, led by Texas. The plaintiffs contend the law requires state officials to put aside the traditional standard of doing what is best for the child, and they say it violates the Constitution’s promise of equal protection.

“ICWA operates as a unified scheme that places ‘Indian children’ in a disfavored position, depriving them of a placement decision based on their best interests, and instead requiring placements” based on the child’s biology, the individual plaintiffs told the court in their filing.

Non-Indian adoptive parents end up “last in line to adopt an Indian child,” the filing said, behind a member of the child’s extended family, other members of the child’s tribe and other families “from any one of the other 573 Indian tribes, regardless of whether the tribe has any connection to the child.”

Texas said in its brief that this was a result of societal factors. “The United States and tribes make no effort,” attorneys for the state wrote in a brief, per The Times, “to disprove the common-sense conclusion that today, the high numbers of adoptions and fostering of Indian children are often a sign, not the cause, of the high risk of neglect, violence, gang activity, drug abuse, alcoholism and suicide among Indian children.”

Louisiana and Indiana are also among the challengers to ICWA. The law is being defended by the Biden administration and tribal leaders.

All sides asked the Supreme Court to get involved after the entire U.S. Court of Appeals for the 5th Circuit delivered a 325-page ruling on the law that split evenly on some issues and included opinions from six judges.

Four cases in the fight over ICWA are being consolidated under Haaland v. Brackeen.