On his GoFundMe page, Tristan said, “I am currently the White Earth Jr Brave and trying to represent the White Earth Nation as best as I can. I am asking for your help to raise money for suicide prevention. I have seen what drugs and alcohol have done to families and it makes me sad. I want to raise money to help kids get into sports because I think if they are active in sports like I am, they will stay away from drugs and not want to kill themselves.” The money raised will help White Earth Nation kids afford to play football.

Tristan is a 4th grader at Roosevelt School in Detroit Lakes, but used to live on the White Earth Reservation.

People can donate to “Run For Life” at any Midwest Bank, or donate on his GoFundMe page at: www.gofundme.com/24zymgc. 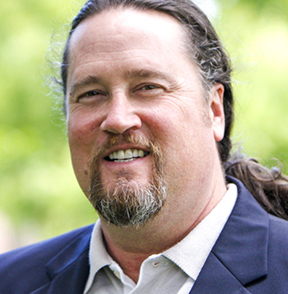 The Board of Directors of the Native American Community Development Institute (NACDI) announced the appointment of Robert Lilligren as their new President and CEO. Lilligren, a former Minneapolis City Council Member and enrolled member of the White Earth Band of Ojibwe, just finished an 18 month commitment as interim CEO of Little Earth of United Tribes in Minneapolis. Earlier this year Lilligren stepped down as the chair of the board of NACDI.  Lilligren took the reigns of NACDI on May 9, 2016.

“We are thrilled to have Robert take on the leadership of NACDI,” says the board’s Vice Chair Reverend Marlene Helgemo (Ho-Chunk), “As the founding board chair Robert has lived NACDI’s asset-based approach toward community development in his personal, professional, political and activist life. We expect great things from him in this new role as NACDI’s CEO.”

Founded in 2007, NACDI is committed to transforming the American Indian community to effectively respond to 21st century opportunities. NACDI works to promote innovative community development strategies that strengthen the overall sustainability and well-being of American Indian people and communities.

The journal received over 100 submissions this year to consider for inclusion, and is an opportunity for students to gain hands-on experience in writing, editing, and publishing at Fond du Lac Tribal and Community College.

“Working on the journal is a great experience for students,” said English instructor Darci Schummer. “It is also so important for students to have a place to submit their work. The feeling of seeing your work in print for the first time, which it is for many of these students, is indescribable.”

For more information or to purchase a copy of The Thunderbird Review, contact Darci Schummer at 218-879-0845. People interested in purchasing copies of the anthology can find them at the Fond du Lac Tribal and Community College Bookstore for $5 each. Funds from book sales go toward producing the current publication as well as the next edition.

Out of more than 500 applications, Dream of Wild Health is one of 26 organizations selected for a national grant from the Kresge Foundation. The Kresge Foundation announced funding to develop food-oriented initiatives in cities across the nation through it’s “Fresh, Local & Equitable: Food as a Creative Platform for Neighborhood Revitalization” initiative, also known as FreshLo.

Dream of Wild Health (DWH) submitted a plan to establish, plan, and create an Indigenous Food Network in the Philips neighborhood of Minneapolis. As part of the FreshLo community, DWH will create and enhance pathways to opportunity for Native American people in low-income, urban neighborhoods.

The Shakopee Mdewakanton Sioux Community (SMSC) joined the University of Minnesota on April 30 to celebrate the graduation of this year’s Native American students who received scholarships from the SMSC.

The scholarship program is part of the SMSC’s focus on bolstering other tribal nations and supporting talented Native American students with financial needs.

About 200 Native American students have received the SMSC Endowed Scholarship in the past eight years. The program was established in 2009 with a $2.5 million gift from the Shakopee Mdewakanton Sioux Community. The University of Minnesota matches the scholarship payouts from the endowment fund.

One of 12 Indian Health Service (IHS) regions in the country, the “Bemidji Area” serves 34 tribes and nations in Minnesota, Wisconsin and Michigan; plus four Urban Indian Health Centers in Minneapolis, Milwaukee, Detroit and Chicago.

The press release sent out by the GLATHB said, “This name will  promote unity, comprehensive representation and inclusion of the Great Lakes  area. Additionally, it will eliminate confusion regarding the composition of the  service area.”