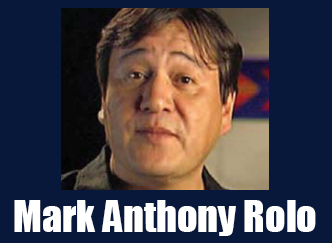 Even before the turn of the century the federal government and states routinely stole children from parents in Indian Country. After decades of an assimilation policy that ushered in what became known as the Indian Boarding School Era, one might realize that stealing Indian kids from their families was nothing short of genocide, given the lives lost to disease, physical abuse and a deep longing for home.

But while the official federal program of “kill the Indian, save the man” ceased to exist in the 1950s, the practice of placing Indian kids in white foster homes or putting them up for adoption has remained in place, unspoken. The belief that American Indian kids are better off living away from the reservation in a non-Native home continues to be a credible option for social workers, school officials and judges. It is beyond belief. Many boarding school survivors and their children continue to suffer from historical trauma and stress caused from loss of language, displacement and a disconnect from community feasts and ceremonies.

And in today’s opiod crisis where foster homes across the nation are filled with children whose parents are losing battles against drug abuse, it is once again another reason to steal kids away from Indian homes. Yes, at times it is justified. Any child whose parents cannot function enough to provide a safe, healthy home for their kids needs desperate help. But in many places in Indian Country the rights of parents are often trampled on. Without due process, they lose their children simply because the courts deem them unfit to parent. And given the racist stereotypes about Indians these parents are considered poor candidates for recovery.

Such is the situation in South Dakota. In Rapid City, seat of Pennington County, between 2010 and 2013 the state put into custody all 823 Indian children from the Oglala and Rosebud Sioux reservations that appeared before the court. Stephen Pevar, a Tribal law specialist with the American Civil Liberties Union said the lack of due process for these parents is a violation of the Indian Child Welfare Act (ICWA).

In 1978, the U.S. Congress passed ICWA in order to give tribes greater jurisdiction over their children. Up to thirty-five percent of children in Indian Country were being placed in foster homes or adopted before ICWA. Sadly, but not surprising, the Bureau of Indian Affairs actually paid states to remove Indian children. The lack of due process for Indian families was a major point of concern. ICWA was established to give tribes notice and authority to grant child removal. Protecting and preserving tribal culture for the future through the lives of Indian Country’s most vulnerable population was the most convincing argument for enacting ICWA.

And the injustice extends beyond South Dakota. In Santa Clarita, California, a white couple has lost a battle to retain custody of Lexi, a six-year old Choctaw girl. Because her mother was caught up in substance abuse and her father was involved in criminal activity, Lexi was removed from her home. After three years, a California court finally granted the Choctaw Tribe the right to have Lexi move in with extended family.

It’s tragic that innocent non-Indian parents should have to face such loss due to the failings of the legal system. But the Choctaw believe Lexi will be better off with her relatives, growing up knowing her biological people and culture. The tribe hired an independent child psychologist and with the support of social workers and a lawyer determined there would be no mental health issues facing Lexi should she return to her family.

Critics of ICWA cite what they call flaws in what the state considers to be an “Indian” child. Does it mean living in a wigwam, tipi or pueblo? Is a family Indian enough if they subscribe to the tribal newsletter?

In 1977, then Assistant Secretary of the Interior, Ada Deer (Menominee) testified before a joint hearing of the House Resources Committee and Senate Committee on Indian Affairs. “We are concerned that state court judges who have created the ‘existing Indian family exception’ are delving into the sensitive and complicated areas of Indian cultural values, customs and practices which under existing law have been left exclusively to the judgment of Indian tribes.”

Most non-Indians haven’t a clue about ICWA, nor do they understand the need to keep Indian children connected to their culture and original family. States need to make a more concerted effort to educate the courts and family services workers about the law of the land when it comes to protecting the rights of Indian parents and children.

The federal government has a long history of attempting to tear American Indian families apart by stealing their children. The Indian Boarding School Era may be over, but the twisted conviction that Indian kids are better off in white homes continues to perpetuate trickle-down federal paternalism. That is, the Great White Father of this land knows what is best for tribal families.

“Kill the Indian, save the man” is not an antiquated slogan for assimilating Indians. The heart of this “battle cry” still informs those with the authority to break up families in Indian Country. And if this violation persists then it could become the one unspoken federal policy that actually works in the mission to put an end to that which has always been considered America’s first problem, the American Indian.