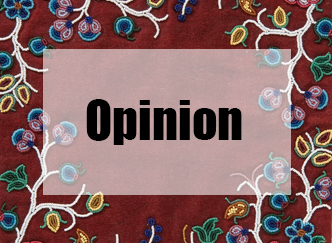 Some things never change, no matter the cannibal. The standards are dropping quickly; that is, if there ever were standards. As Donald Trump shamelessly grabs more for corporate interests and fat cats, standards of law, human decency, and rules of engagement in civil society are brushed aside. While actively dismantling all social programs and environmental protections, insulting almost everyone possible to insult, Trump topped it off with a big bang by launching $60 million worth of Tomahawk Missiles (love that name) and MOABs (Mother Of All Bombs). That, I figure, was worth somewhere around $60 million (or what is needed to fund Minnesota Headstart waiting lists). That amazingly poor appropriation of public resources was followed by Trump’s decision to review all the designations of National Monuments in the past ten years. At the center is the Bear’s Ear National Monument, the first National Monument designated to be managed by Indigenous peoples.

The arrogance of Trump is mimicked in Minnesota and North Dakota. Emboldened by the Commander in Chief, this past month Minnesota Representative Garofalo decided that it would be appropriate to push forward with the permitting of the enormous Enbridge Line 3 project – all 915,000 barrels-a-day of tar sands oil. That move is being challenged by grassroots organizations and members of the Minnesota legislature.

To the west, Morton County’s “finest”, Sheriff Kyle Kirchmeier, has been honored with speeches and recognition poured upon him by the National Sheriffs Association, as well as the Bismarck Tribune. All of this for his arrest of some 840 Water Protectors, strip searches, cavity searches, dog attacks, shooting rubber bullets at people, tear gassing, and blowing off arms and blowing out eyes. The Bismarck Tribune honored Kirchmeier with a 2016 Tribune Award, for a member of their community “who has gone beyond what’s expected.”

Meanwhile, Native News Online and many others have equated Kirchmeier with Eugene “Bull Conner”, the l960s Commissioner of Public Safety for Birmingham Alabama, who used excessive force against African Americans during the Civil Rights Movement.

“A ‘disease of the mind’ has set in world leaders and many members of our global community,” Arvol Looking Horse, Keeper of the Sacred White Buffalo Calf Pipe, said. “With their belief that a solution of retaliation and destruction of peoples will bring peace. We need to understand how all these decisions affect the global nation; we will not be immune to its repercussions.”

Termed, according to Wikipedia, as, “A creature… once human but… transformed into an immortal evil spirit when it took up the practice of cannibalism. Wiindigos are cursed to wander the land, eternally seeking to fulfill their voracious appetite for human flesh…Wiindigos are believed to live in the northern woods of Minnesota and in the north central regions of Canada…Sightings of the creature in this area have continued well into the new millennium. Wiindigos are generally rumored to be gigantic spirits, over fifteen feet tall, lanky and with glowing eyes, long yellowed fangs, terrible claws and overly long tongues. Sometimes they are said to have a sallow, yellowish skin; other times they are described as being matted with hair.”

We are not to speak of the Wiindigo, but how can we not?

In our stories, the Wiindigo was defeated long ago by the Anishinaabe. Elaine Fleming writes that there were many generations of Wiindigo slayers in our Anishinaabeg people, “Those old time Wiindigo slayers of the Termination era were wise and resilient. They united with other Indigenous American nations and organizations like the National Congress of American Indians. The American Indian Movement was formed at the end of this era in 1968, and by the 1970s, the self-determination era began with huge numbers of Indigenous Americans enrolling in college, producing crops of Indigenous lawyers, authors, and activists… ” It is that time again.

In my lifetime, I have seen much. Forty years ago, I was a young woman at the United Nations, representing the International Indian Treaty Council at the first UN NGO forum on the rights of Indigenous peoples. That was when Venezuela had the practice of hunting Indigenous Wayuu people and stringing them up in trees like deer. That was just after the coups of Chile, when big copper, the CIA and ITT pushed back with the assassination of President Salvador Allende. That was in the beginning of the rounds of civil and dirty wars in the Americas as Indigenous peoples, peasants, farm workers and students began to resist the American multinationals which controlled their countries – El Salvador, Guatemala, Nicaragua, with movements like the Sandinistas, the FMLN and finally the Zapatistas.

For much of my life, I have watched and recorded these movements. We have made political and social gains and yet, Wiindigo economics continues. Wiindigo economics creates pipeline spills, destruction of lakes, forests, fish, relatives, people, climate change, and injures Mother Earth.

What we must remember is who we are and who we face. And where we are going. The time ahead will surely involve many Water Protectors, who will appear with the weapons and tools to fight the Wiindigo; whether in court, with our ceremonies, or with camps on the front lines. And as the state of Minnesota proceeds in a process which could be viewed as one of the Wiindigo, I believe that the standards set forward by the United Nations must become the new standards for the state. That is to say, the international standard for Free Prior and Informed Consent, adopted as a part of the UN Declaration on the Rights of Indigenous Peoples is to establish bottom up participation and consultation of an Indigenous Population prior to the beginning of a development on ancestral land or using resources within the Indigenous Population’s territory.

Indigenous Peoples inhabit 20% of the earth’s surface, and live in the most biodiverse and pristine parts of Mother Earth. Yet today, whether in Brasilia or in Minnesota, we face massive plans for extraction in an economic system which reflects the paradigm of the Wiindigo. To protect Indigenous peoples rights, international human rights law has created process and standards to safeguard their way of life and to encourage participation in the decision making process. One of these methods is the process of FPIC. The United Nations describes FPIC, both directly and indirectly, in numerous conventions and treaties. One of the most direct is located in the United Nations Declaration on the Rights of Indigenous Peoples (UNDRIP), Article 19 states: “States shall consult and cooperate in good faith with the Indigenous Peoples concerned through their own representative institutions in order to obtain their free, prior and informed consent before adopting and implementing legislative or administrative measures that may affect them.”

Most recently, this standard was applied as some of the largest banks in the world divested from the Dakota Access Pipeline.

On April 5th, BNP Paribas, the fifth largest bank in the world, announced it was divesting from the Dakota Access Pipeline (DAPL). This bank joins Norway’s DNB bank, the Netherland’s ING bank and other investors in pulling out. Explaining its reasoning, DNB stated: “By selling our stake, we wish to signal how important it is that the affected indigenous population is involved and that their opinions are heard in these types of projects.”

DNB is a signatory to the Equator Principles, a set of environmental and social policies that require clients to, among other things, obtain “free, prior, and informed consent from indigenous peoples.” Now what does that mean? It means that the Indigenous peoples, the people from that land for thousands of years, have to say yes. It’s sort of like sex . . . you have to have consent. Those involved should agree and respect each other.

Dave Archambault, Chairman of the Standing Rock Sioux Tribe, welcomed the Parabis decision, saying, “As corporate greed continues to fuel dirty energy projects on our land, it is heartening to see that some banks recognize the imminent harm to our people posed by DAPL, and are taking actions accordingly.”

The divestment is a part of a much larger divestment movement which is shaking the fossil fuel industry – according to the UN Secretary General Bahn, over $5.2 trillion is being moved from the fossil fuel economy (the Wiiindigo economy) to renewables. That is the time we are in now.

In the broader questions asked by Minnesota, and the US as Wiindigo economics and policies are forwarded by Trump, the long term must involve a full participation and respect for Indigenous Peoples. As Zuni historian and Director of the Colorado Plateau Foundation Jim Enote says, “I suppose in some people’s minds, we are the conquered, so the willingness to pursue ill-gotten gains that benefit a few is simply a given. But if Native Americans are truly a part of the social and cultural fabric of this nation, why do we not receive the civility and respect afforded to other citizens? It’s time we realize that Native peoples are not only citizens of this great nation, we are indigenous to it, part of its original fabric…”

It is a time of the Wiindigo and the Water Protectors, a time of legends and of hope.