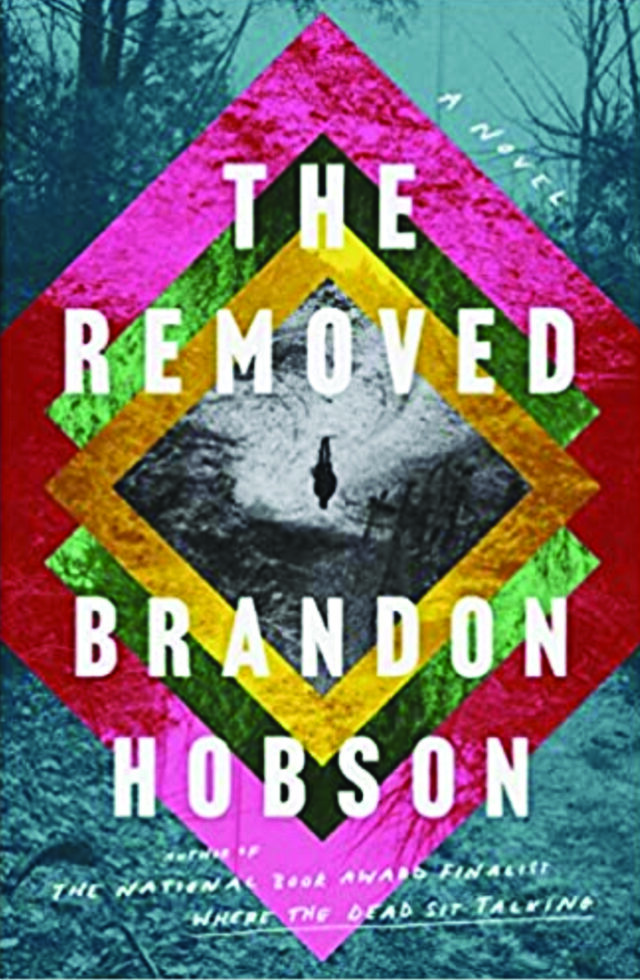 For me, a summertime book means not thinking too much. It means reading for pleasure and amusement and for a few laughs. The books are short with bright covers and large type. Their age range appeals from the youngest reader to the oldest.

Then along comes “The Removed” by Brandon Robson (Cherokee), which is like getting hit upside the head with everything you don’t want in a summer book. It’s challenging and unsettling. It makes you think more than you want to think on a hot day. Structurally complex, it demands close attention and reflection. In other words, it’s a masterpiece. A literature professor once said that good books pick you up from one place and drop you off in another. They change your world view. This book does that.

“The Removed” shows the generational impact of historical trauma following the Trail of Tears when thousands of Cherokee, Creek, Choctaw, Chickasaw, and Seminole were forced to leave their southeastern homes and resettle west of the Mississippi River. In 1838, about 2,000 Cherokee refused to leave Alabama and Georgia, and were forcibly removed – or killed – by U.S. military. The arrival of soldiers followed by the burning of homes and land is described throughout “The Removed,” hence, the title of the book. Four narrators speak throughout, including a Cherokee named Tesla who hid his family during the Trail of Tears, and Maria, the family matriarch.

The story opens with 15-year-old Ray-Ray Echota who is fatally shot by racially motivated police on Sept. 6, which is also the anniversary of the 1839 signing of the Oklahoma Cherokee Constitution. Ray-Ray’s death throws the family into a long, numbing state of grief. Maria, the boy’s mother, is preoccupied and exhausted by the progression of her husband Ernest’s Alzheimer’s disease. If that’s not enough, Maria fears the worse for her son Edgar, a meth addict, who moved to Albuquerque. Her daughter Sonja lives close by, but her life is empty. She pursues risky sexual dalliances and obsessions that lead nowhere and she appears to exist without a job.

Maria plans a commemorative bonfire and feast on Sept. 6, and attempts to reach her son Edgar to attend. Edgar ends up in the home of a high school acquaintance who lives in what Branson calls the “Darkening Land,” a purgatory of despair, filth, racial violence, extreme climate change and weirdness.

Into this mix of worry and misery arrives a foster child named Wyatt, who will live with Maria and Ernest until he is placed in a permanent home. Wyatt is a delightful, gifted boy of 12 who entertains Ernest with his fascination for the music of the 40s and 50s. Music references pop up often in this book, as though music is a character, too. Sparkplug Wyatt is the antidote to Ernest’s Alzheimer’s and helps the elder with both long- and short-term memory.

A lot of what you’ll take from this book depends on what you bring in. Do you appreciate strong Native women? Then you’ll long remember Maria, the wise and loving wife and parent who holds it all together. Like kids? My favorite character is Wyatt, the wonderful, talented boy who attracts people of all ages. He reminds the Echotas of Ray-Ray; in fact, Ernest believes that Wyatt is Ray-Ray, back home at last. Care for Indian legends? They’re here. Want insight into military violence? Check. Care for a disturbing present day dark side, where humans are again at their worst? Double check.

Again, this is no quick summer read. It ends mysteriously, broadly open to interpretation. Hobson offers no easy answers. The violent past bleeds into a violent present, yet family bonds create a salve that protects and nurtures.

“The Removed” by Brandon Hobson was published by Ecco/HarperCollins (2021; $26.99) Hobson also wrote “Where the Dead Sit Talking” (Soho Press, 2018), which was a finalist for the 2018 National Book Award for Fiction and winner of the Reading the West book award. His other books include “Desolation of Avenues Untold” and the novella “Deep Ellum.” He is an Assistant Professor of Creative Writing at New Mexico State University and teaches in the MFA Program at the Institute of American Indian Arts.