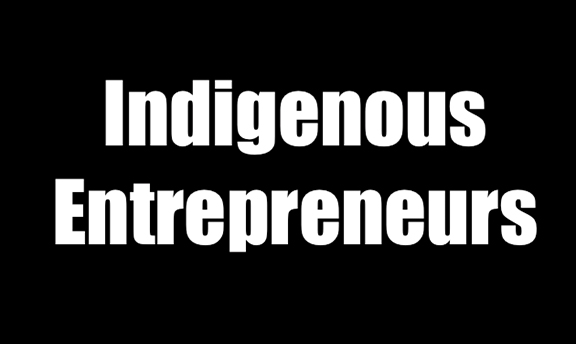 National organizations have teamed up with local development promoting groups to launch an extensive program to assist Native American and other minority entrepreneurs in getting their businesses off the ground and growing.

With national and local partners, the Center for Economic Inclusion, based in St. Paul, has started what is called a Vanguard Accelerator effort to provide cash grants, education and training, and assistance to open avenues for accessing capital and expertise for building business in the Twin Cities metropolitan area.

It is designed to help Black, Indigenous and Latina owned businesses, or the commonly called BIPOC community, access the capital and business savvy necessary to grow and build businesses.

The program effectively started on Dec. 1 with a call for minority entrepreneurs to apply for grants and service help in an initial round of grant making. That ended in mid-December and recipients of these first grants will be announced by mid-January, the collaborating groups have told The Circle.

Tawanna Black, founder and chief executive of the Center, said Indigenous entrepreneurs were among applicants seeking grants and Accelerator program assistance. The Center will continue to reach out to Indigenous business people to encourage more involvement going forward, she said.

“There are meaningful opportunities to grow jobs in Indian Country and through corporate and government contracting, and we’re excited to partner with business owners to expand businesses,” she said.

Janine Drake, senior marketing director for grants at San Diego-based Founders First Capital Partner, said her national group’s involvement with the Twin Cities’ Center for Economic Inclusion came about at the encouragement of JPMorgan Chase & Co., the multinational banking and financial services firm that supports such development programs across the nation.

Founders First is a community development corporation, a nonprofit that supports groups in building and revitalizing local economies. It operates several grant and training programs to support business and economic development programs in various parts of the country.

JPMorgan Chase suggested Founders First should link with the folks in the Twin Cities who were working on similar paths, Drake said.
In a Dec. 1 announcement, the Center said its Vanguard Accelerator was launched as a multi-year program to boost regional economic growth in the Twin Cities metro area.

JPMorgan Chase is providing $5 million to back the program as one of six such programs for underserved communities in metro areas across the nation. The bank is also a financial supporter of Founders First.

“Having collaborated successfully with Founders First in other major cities, we are excited about the impact this collaboration will bring to the Twin Cities region,” JPMorgan Chase executive director Joanna Trotter said in an issued statement.

Before teaming up with the Center, Founders First had awarded more than $400,000 to minority and underserved business owners and operated training programs around Texas, Chicago, Pennsylvania, New Jersey and its own Southern California region.

The initial grant program in the Twin Cities is offering three $5,000 grants to support business growth and full tuition into a business accelerator program.

Eligible applicants and recipients would need to be a Black, Indigenous or Latina business owner, have a business in the Twin Cities for at least three years, have at last three full-time employees, and have annual revenues between $75,000 and $3 million.

Neal St. Anthony, writing in the Dec. 6 Star Tribune, described the Vanguard programs as an effort in which established minority business owners will assist 60 businesses with the goal of creating 150 “family-sustaining jobs” and to increase the total annual revenue of the participating companies by $4.5 million.

The program will also have forgivable loans of $25,000 to $250,000, and real estate and other services for small business with at least three full-time employees and $3 million in revenue, the Star Tribune reported.

This involves operating workshops and training programs for the up and coming entrepreneurs. It means there is more than money at stake.

The Vanguard Accelerator and Fund programs described its purpose as getting minority entrepreneurs “bank ready” to expand and grow their businesses with human capital and in accessing their needed financing.

The program described it this way:
“Vanguard offers bank-ready businesses in high growth industries proven tools and resources to scale, while also building racially inclusive and equitable corporate and government supply chains.”
The program over the past year has evolved with direct partners and with collaborating groups.

Among local partners is NEOO Partners Inc., an urban planning and real estate consulting firm based in St. Paul that also has operations in Jackson, Miss. It serves small to medium size businesses, nonprofit organizations and government agencies and programs.

Other supportive groups offering services to minority business owners are effectively collaborators but are not listed as official partners in the Center or the Vanguard program.

Black, the Center’s chief executive, said the Center established an advisory committee or more than a dozen business developers, intermediaries, lenders and purchasers during the past year who are supporting the accelerator program and fund.

“Historically, Black, Indigenous and Latina communities have been on the sidelines of wealth growth, experiencing limited investment opportunities,” Black said. “Our investments in these business owners will greatly impact the economic prospect of the entire region.”

More information about the Center for Economic Inclusion can be found at https://www.centerforeconomicinclusion.org/2023-racial-equity-dividends-index-registration.

Specific information and grant application forms for the Center’s Vanguard Accelerator Grant programs can be found at https://www.centerforeconomicinclusion.org/accelerator-grant-application.