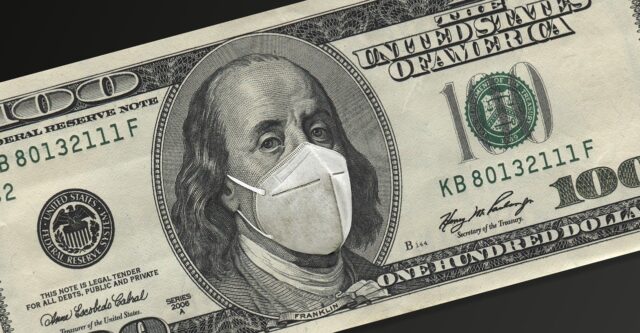 By Lee Egerstrom
As the year 2020 winds down, the outlook for the COVID-19 pandemic in Minnesota can be described as improved but far from controlled. That is especially so for the Native American communities where relatives and friends may have gathered for the Christmas season or are planning to do so for New Year’s socializing.
The approaching end of the year has some positive developments, but all carry some qualifying “buts” that prevent health officials and everyone else from declaring victory over the disease.
On one positive side, state health officials did report the number of cases of the virus during the Christmas week had fallen from November highs. That still left about 45,000 daily confirmed cases at Christmas.
The daily death count is also down. But it has soared well past 5,000 in Minnesota and has targeted the age group of Native elders – many of whom have underlying health conditions that leave them vulnerable to the virus and its complications.  On December 28, for instance, the Minnesota Department of Health reported that 3,332 of Minnesota’s 5,147 deaths by that day had been living in long-term care and assisted living facilities.

On another positive side of a 2020 year-end ledger, a bipartisan $908 billion relief bill, called the Coronavirus Response and Relief Supplemental Appropriations Act, has numerous provisions for the Native American and native Alaskan and Hawaiian communities and institutions.

Trump delayed signing the bill into law until Dec. 27 after some programs had expired. Now authorized and funded again, it wasn’t immediately known how soon some federal help checks would be in the mail to needy people, families and important institutions and agencies.

A thorough look into the nearly 6,000-page bill by Native News Online showed extensive support for health, housing and human services for both tribal and urban Native communities. They included more than $6.2 billion for Indian Health Service with some new funding for tribal health facilities, alcohol and substance abuse, preventive care and referred care programs.
This included an increase for Behavioral Health & Substance Use Disorder Treatment resources.
There is $1 billion for vaccines, testing, tracing and community health to deal with the COVID-19 crisis, and $125 million for tribes and urban health groups working on mental health programs and for improving telehealth programs.
Department of Interior tribal programs will receive $3.4 billion in the coming year. Housing programs will receive $825 million, and housing assistance programs will receive another $800 million.
The bill also provides funding for Native education including tribal K-12 programs, Native colleges and universities, and for Native language programs.
Economic and related assistance is also included in the bill, from a relatively small item of $30 million to help tribal fisheries and up to $1 billion for supporting Native communities, tribal colleges and universities with accessing Broadband communication connections through the Department of Commerce.
Members of Congress were again working after Christmas on increasing direct assistance that could reach people impacted by the pandemic in the new year. This was not a done deal at this writing.
Regardless of these programs, Minnesota state officials and health experts still warn that stay safe precautions, social distancing and wearing masks in public are still the first lines of defense against the virus. No “ifs”, “ands” and especially no “buts” about it.
For daily updates on COVID-19 in Minnesota, and for state guidance on avoiding it, see https://staysafe.mn.gov/,
and https://mn.gov/covid19/stay-safe/overview/index.jsp.
For a detailed look at what’s in the federal COVID-19 relief bill for Native Americans, see https://nativenewsonline.net/currents/trump-signs-stimulus-package.