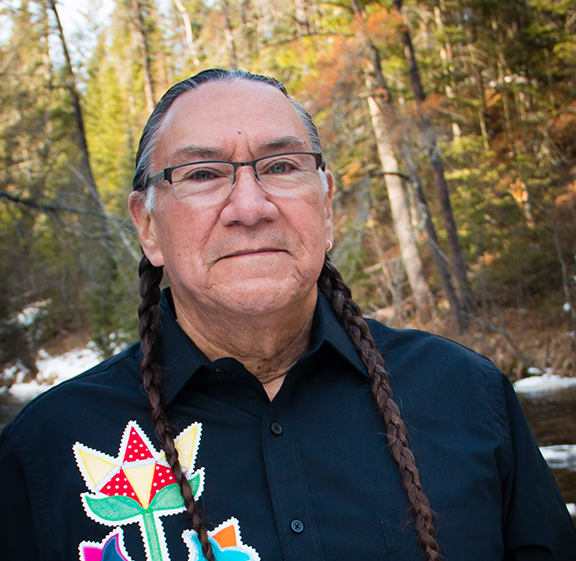 The Association of American Indian Physicians recently held our annual meeting and conference. American Indian physicians and medical students from all over the nation met on Zoom. In this four-day conference we saw our people dedicating their lives to everything from prenatal care and delivering babies to end-of-life care.

I was asked to close the conference. What can you possibly tell a gathering like this?
In Ojibwe I thanked the four directions for helping us use our language and traditions to help each other. I thanked the spirits in the water, I thanked our grandmother the earth and I thanked the Creator for watching over us.

Then I spoke in English.

They’ve been finding bodies in unmarked graves around residential schools in Canada.
Children’s bodies, some as young as 3 years old. These were children taken from their families without any fear of repercussion. Those who did this answered to no one. These children did nothing wrong except exist and this is one of the definitions of innocence.
George Earth died at age 80. He introduced my parents to each other. He was traditional Ojibwe and lived that most traditional of all lifestyles. He was a lumberjack living with his parents in a shack in the woods with no plumbing or electricity.

Ojibwe was his parent’s first language and it was his first language. He was taken from them and sent to boarding school when he was young. He eventually made it back home. He and I would talk late into the night, but he wouldn’t talk freely about those days.

My Ojibwe grandfather was also taken from his family and put into a boarding school when he was young. Ojibwe was also his first language, but he wouldn’t speak it in front of us because he didn’t want us to be treated like he was. He died without telling us what happened.

Thousands of children didn’t get to come home. Their lives were cut short at the whim of those who professed to care for them. They were buried in secret in unmarked graves.
Some of these innocents are now being repatriated, they are being brought home to their communities with the ceremony that has always been their due.

Brock Stonefish is a First Nations singer/songwriter from Canada. These are his people being found and these children should have been his elders.

He gave me permission to share his grief. Listen to this song at: https://youtu.be/yj4s8UYw99Q.

These children never had the chances we had. We have had some hard upbringings among us, but we have managed to exist. The schools they were sent to were never meant to give them careers, they were meant to break them and to teach them menial jobs. “Kill the Indian and save the man.”

Residential Redemption. We have an opportunity to redeem. Every child we care for, every interaction with parents or grandparents binds us together and makes us stronger.
We are artists and musicians and poets, singers and dancers. We are teachers and we are students. We are great grandchildren, we are grandchildren. We are still children at heart. We still look to the sky at night with wonder and we embrace the magic of the sunrise. We acknowledge the power of the thunderstorm.

As we travel and in our daily work, we carry these children with us. Let them dance, let them sing.

Carry them respectfully. Travel safely and travel well. We share this moment and we share this obligation.

We see each other once a year and sometimes we feel alone. We are never alone.
All our generations exist in us and one day our ancestors will carry us home.

Arne Vainio, MD is an enrolled member of the Mille Lacs Band of Ojibwe and is a family practice physician on the Fond du Lac Ojibwe reservation in Cloquet, Minnesota. He can be contacted at: a-vainio@hotmail.com.

What does is take to become a physician?