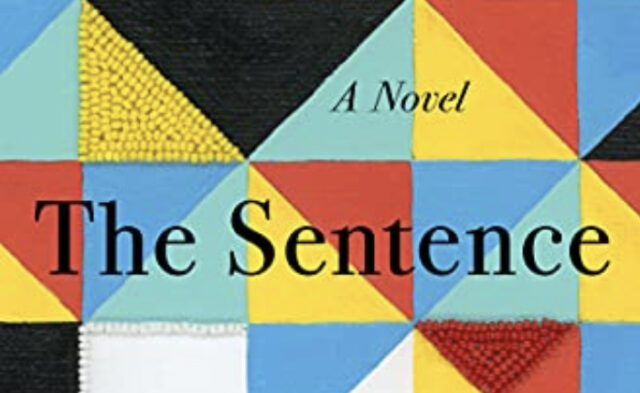 She did it again. Louise Erdrich’s new book, “The Sentence,” layers so much to consider that after reading the last page, you’ll need quiet time alone to process the parts.

A quick summary suggests little excitement. It’s about some people from Minneapolis who work in a bookstore, and all of them really like to read. The staff of misfits knows enough about books to attract a loyal but small customer base. We learn about bookstore operations.

So that sounds like a real snooze, right? Well, consider this. One of the staff members receives daily visits from the ghost of a former customer who tried without success to pass as American Indian. The protagonist and target of ghostly attention, Tookie, is an ex-con American Indian who spent 10 years in the penitentiary for moving a body with narcotics taped into its armpits over a state line. The cop who arrests Tookie then works to get her sentence reduced and eventually becomes her husband. Has any of that grabbed your attention yet?

If that’s not enough, consider this. Erdrich rips parts of the plot from last year’s headlines, and what she describes sounds eerily factual. COVID and the murder of George Floyd take center stage, as well as the effect of historical trauma, survival, humor, motherhood, and characters that you will long remember.

Tookie, for example, was so compelling and funny at times that I wished she was real. Maybe she is real. Erdrich cleverly introduced herself as a character who writes books in an attic writing room in a home not far from the store. We learn that Louise the character hates it when someone interrupts her writing time, throws terrific parties, hides Halloween candy in places hard to reach, and refuses to board up the store during the George Floyd murder induced period of destruction.

So was Louise, Louise? If so, is there a real Tookie out there? Let’s hope someone asks this question of the real Louise Erdrich when she does book promotions, and the event is downloaded to YouTube.

I hope you don’t get the impression that the book is a lightweight. It contains Erdrich’s signature beautiful swirling language of hard truths. Here’s one. “Wannabes” are non-Indians who want-to-be Indian and seek out actual Indians, hoping some of that Indian-ness will make them less non-Indian. Frequently they came into the bookstore to share some story with the Indigenous staff about a distant relative who was Indian.

“The person is proud of having identified with an underdog and wants some affirmation from an actual Indigeneous person,” Erdrich wrote. When this fervent, annoying impulse evolves into the adult years, it becomes an annoying kind of personality disorder, she wrote.

Local color gets play. Tookie buys Old Dutch potato chips. Discussions ensue as to which wild rice is nuttier: rice from the Fond du Lac Reservation or rice from the White Earth Reservation. American Indian businesses on Franklin Avenue get a couple of mentions.

Then there’s this about Minnesota:
“Our history marks us. Sometimes I think our state’s beginning years haunt everything: the city’s attempts to graft progressive ideas onto its racist origins, the fact that we can’t undo history but are forced to either confront or repeat it.”

Also on tap: the role books themselves play. Dozens of titles romp across the pages, books recommended to customers, books Tookie clutters her home with, books that are buried, books that tell little known stories of tragedy. If you don’t have a strong appreciation for the beauty of a well-written book before reading this one, you will by the end. Erdrich even includes a book list so you can read up on history, ghosts, love, incarceration and more.

“The Sentence” is told in the first person through the eyes of Tookie, who doubles as kind of tour director, leading the reader through life’s complexities. She reflects on her years in lock-up, and notes that since her release, other people have an expectation “that being incarcerated is somehow uplifting. They look at me with hope. Perhaps I will impart some wisdom I have gained? But I refuse to be that person. I’ve learned things, sure, but they were expensive, so I do not give them away.”

What Tookie does give freely is love to her infant grandson. The emotion and description of unabashed love for a sweet baby rings so true that the reader will presume that Erdrich knows of what she speaks. Let’s hope this question surfaces at the book promotion. Miss Erdrich! Do you have a darling little grandson who you love to the moon and back?

Finally, about the book title. “The Sentence” refers to words put together with a period at the end. It could just as well refer to the prison time Tookie served for stealing a body. And it could refer to a community struggling through a pandemic. Or it cites an ongoing “sentence” of racial unrest and brutality, brought to our television screens and phone screens from 38th and Franklin in Minneapolis in the summer of 2020.

Mostly, this book is about noisy ghosts and good people who push through the muck of life followed by a hot shower, clean clothes and a steaming bowl of corn soup. Read it, ponder, and pass it around.

“The Sentence” (HarperCollins) by Louise Erdrich, will be available Nov. 9th.