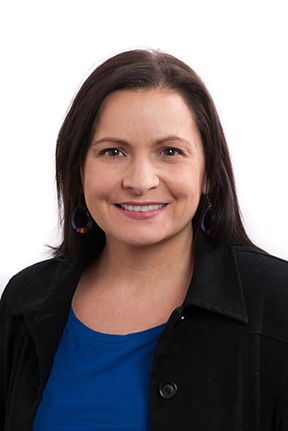 AchieveMpls, the strategic nonprofit partner of Minneapolis Public Schools, has announced the selection of Danielle Grant as the organization’s new President and Chief Executive Officer. Grant stepped into this position in July, following the retirement of Pam Costain.

Grant has worked for Minneapolis Public Schools for the past nine years. She currently serves as Executive Director for MPS Educational & Cultural Services & Indian Education. She directed the development of a district-wide Metropolitan Urban Indian Directors Memorandum of Agreement, secured over $3 million in competitive grants, realigned programming to integrate cultural relevance with academic rigor, established professional best practices for working with Native students, and created culturally-specific programs to engage families and communities with Native youth.

She serves on the boards of American Indian OIC and the Minnesota Education Equity Partnership, and sits on the Minnesota Historical Society Indian Advisory Committee. She holds a Master of Public Affairs in Public and Nonprofit Leadership and Management from the University of Minnesota Humphrey Institute, and a Bachelor of Arts in Political Science and English from Marquette University.

The Minnesota Historical Society has received a federal grant to update the historical designation of the Fort Snelling Historic District for both the National Register and National Historic Landmark listings. The update will result in a more inclusive description of what is historically important and why.

The current designation focuses on military history, from the arrival of Col. Henry Leavenworth and his troops in 1819 to the decommissioning of the military base at the end of World War II. The updated documentation will be more inclusive, recognizing all historical aspects of this place from American Indian history that dates back 10,000 years, to the stories of Dred and Harriet Scott, enslaved people who sued for their freedom, to the Japanese Military Intelligence Language School during World War II, and many more stories.

Over the next two years, MNHS staff will work with local communities and regional Tribal Historic Preservation Offices to re-examine the historical resources. The study will help determine the appropriate boundary and period of significance for the updated district.

National Historic Landmark and National Register designations are federal recognitions of historical significance. This documentation helps land managers protect the most important parts of a property.

The Native Arts and Cultures Foundation has awarded its National Artist Fellowship to a new group of 16 artists in five categories, selected from a national open call of American Indian, Alaska Native and Native Hawaiian artist applicants. The awardees reside in 14 states including author Susan Power (Yanktonai Dakota) of Minnesota.

During her fellowship, Power will continue completing her novel that centers on the lives of her five Native American student characters at Harvard (class of 2013), each from a different tribal nation. The friends seek to raise ancestor spirits and bring to light what many seek to keep hidden. They are preparing to turn the tables and do some teaching of their own.

The NACF National Artist Fellowship includes a monetary award that provides additional support for Native artists to explore, develop and experiment with original and existing projects. Fellows also work with their communities and share their culture in numerous ways.

To date, NACF has supported 180 artists and organizations in more than 26 states and Native communities. To learn more about the National Artist Fellows and NACF’s work, visit: www.nativeartsandcultures.org.

Treasure Island Resort & Casino began an $86 million expansion with a ground breaking on July 12. The expansion will add two towers and 300 hotel rooms, a renovated front desk, new restaurant, and an expansion to the Lagoon Water Park.

The towers, eight-story and seven-story, will connect to the current Eagle Tower, and will feature upgraded amenities. They will add 184,000 square feet to the hotel. The first phase is scheduled to be finished in 2017.

The Prairie Island Indian Community said the project will create around 200 construction jobs and 150 news positions.