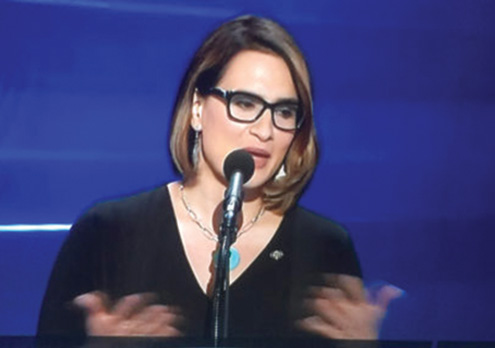 The event, which took place July 25-28 in Philadelphia, Penn., had a record turnout by federally recognized tribal nations. According to the Clinton campaign, out of 4,766 DNC delegates, there are 147 American Indians.

Other Native events that took place during the DNC were the Native American Council and the Native American Caucus. The final day included invocation by Eddie Paul Torres Sr., the governor of Isleta Pueblo in New Mexico. He shared a prayer in the Tiwa language before offering remarks in English. Natives Americans were included in nearly every major speech.

Native women also had a strong presence at the DNC, including former Tulalip vice chair Deborah Parker, who spearheaded the writing of the Native American plank within the DNC platform, and Jodi Gillette and Kim Teehee, both of whom were senior policy advisors to President Obama on the Domestic Policy Council.