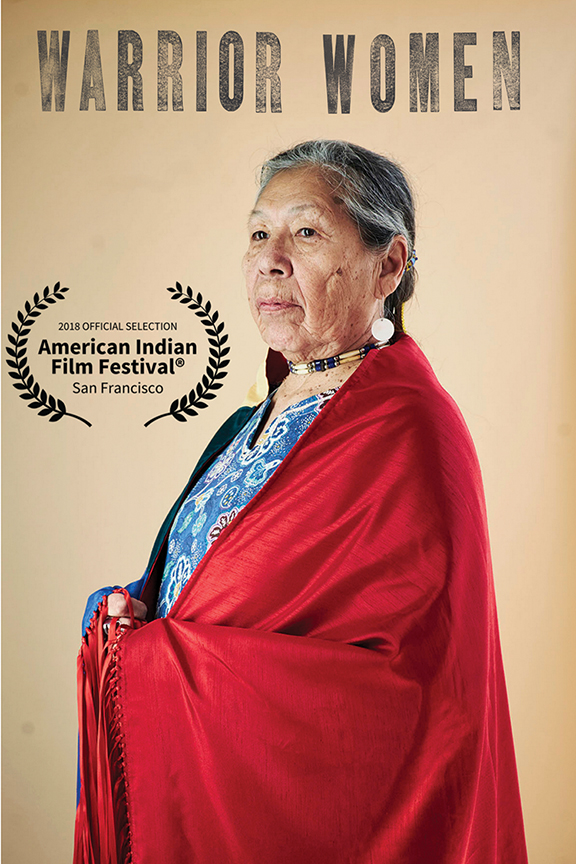 In one of the lighter moments of the award-winning film “Warrior Women,” an American Indian man points out that whereas Indian men like to talk about problems, Indian women like to resolve them. So they do. His audience of mostly women smiled.

There are many light moments of humor and insight in “Warrior Women,” a film about Madonna Thunder Hawk (Cheyenne River Sioux) and about activism in general. Thunder Hawk is humorous, but deadly serious about treaty promises, land, the environment, justice, and the perseverance of culture. In her 70-plus years, she has witnessed and participated in every American Indian conflict in modern times.

She was very active with the American Indian Movement, occupied Alcatraz in the 1960s, took on Union Carbide uranium mining, participated in the Wounded Knee conflict, and fought against the Dakota Access Pipeline. That’s only a few. Today she’s an advocate for strong families, working to keep Lakota families whole rather than split off into foster care. The mother of three, her daughter, Marcy Gilbert, is featured prominently in the film as well as other relatives.

When you grow up in a family with a mother rebuilding a nation, it can rub off on the kids. Gilbert said that she didn’t play with dolls as a little girl. Instead, the children organized their own meetings, just like Mom.  Often Thunder Hawk took her children with her, which was an education.

The story opens with old footage of children walking toward the “We Will Remember Survival School” that Thunder Hawk founded in the mid-1970s, a school designed for Native youth who struggled at area schools. The children learned about natural resources, legal rights and spirituality. They knew the relevance of the 1868 treaty as a tool to reclaim their lives as Native people.

Thunder Hawk and her siblings grew up in South Dakota on their own reservation when the river was natural and flowed clean. You could drink that water it was so clean. Thunder Hawk and her sisters peeled willows and made stick horses. They didn’t play cowboys and Indians, just Indians, and they pretended to chase buffalo. If they got hungry, they dug up and ate wild onions. Later in the film we see adults doing that again, digging for fresh onions.

Then the federal government built dams on the Missouri River and that forever changed the lives of the Dakota. Almost a million acres of land was lost, and the family was forced to move 50 miles west. Their diets of traditional food were swapped for federal commodity food distributed from a bus. Silver cans of meat with a cow on the label, commodity cheese and boxes of dried milk and more replaced the traditional Dakota food.

The film took a leap into the future, showing footage of a man tilling soil with a machine. Thunder Hawk distributed a handful of seeds into small mounds of dirt, helping to create community gardens. “We need to rebuild our relationship to the land,” she said. “Our bodies are still indigenous. We need our own foods.”

You get the feeling that whatever she does is intensely done. You get the feeling from the film that Thunder Hawk has seen some rough stuff in her time, which drives her to improve the lives of her children and their children and onward. She uses the past as a springboard into a better future. Thunder Hawk knows encampments, hardship and violence, is comfortable behind a microphone or bull horn, knows treaty law cold, and will not give up. Her eyes shine as she watches her daughter conduct a meeting at the United Nations where Thunder Hawk once served as a delegate. She laughs at her sister’s memories, and grows indignant when recalling the guns and ammunition brought in by the FBI at Wounded Knee. The American Indians were there to protest and be heard, not to kill anyone.

“What did they think we were doing” she asked. “I had my ten year old son with me. I think they were just itching to come in and annihilate Indians.”

This is a great film, and if you see it once, see it again. Thunder Hawk has a lot to say, and every word is worth remembering.