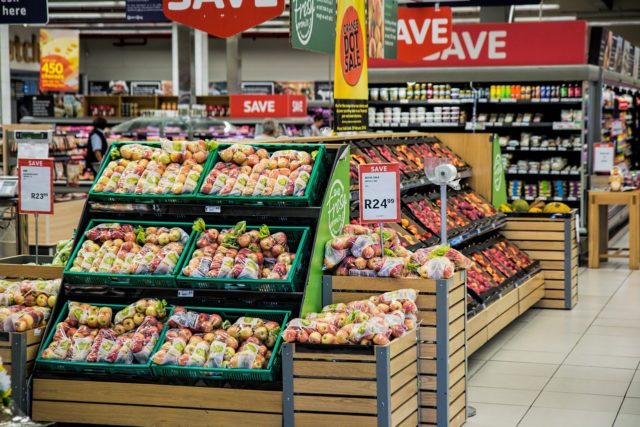 The burning and damage to Cub Foods and Target stores in south Minneapolis following the death of George Floyd in May turned the Phillips Neighborhood and adjacent areas into what is known as an urban “food desert.”

“If you don’t have transportation or much help to get around to other areas to shop, you really have a problem getting food,” said Angel Swann, a former barista at the Pow Wow Grounds coffee shop who responded to neighborhood food shortages by starting what is called a “pop-up” food shelf.

The community response along the American Indian Cultural Corridor on Franklin Avenue is bringing food to the Phillips Neighborhood community. The streets of Minneapolis have become calmer after the Floyd death that ignited looting and burning in the Twin Cities.

But there is no end in sight to how long the COVID-19 crisis will impact life in the neighborhood, or how long it will take for new construction and repairs to bring major food retailers back to the neighborhood.

What is emerging along Franklin Avenue corridor could serve as a case study for civic leaders and urban scholars on community-based responses to crises and human needs.

Food access and shopping were problems for elders and others in the Phillips Neighborhood given precautions needed with the COVID-19 pandemic, Swann said.

These problems became much worse with the looting and damage. Cub and Target were the two largest nearby area markets for food, household and personal items.

Swan said her initial idea was to collect donated foods for the American Indian Movement (AIM) patrol that protected buildings and walked the streets protecting people and property in the Cultural Corridor area during the unrest.

Three days later, on May 28, when impact on the neighborhood was evident, Swann went to work for the Native American Community Development Institute (NACDI) as Food and Donations Coordinator for the pop-up food shelf. It took over the All My Relations Arts gallery behind Pow Wow Grounds, 1414 E. Franklin Ave.

Community response and support from well-wishers outside the community was immediate. When the food shelf expanded to serve all needy in the neighborhood, Swann and NACDI staff turned to Facebook to enlist help.

A call for food and personal products brought immediate responses, she said. Someone from the neighborhood was a truck driver. A Teamsters Union local delivered a truck load of food. More help was needed so a call for volunteers went out on Facebook.

“Would you believe? Three hundred people volunteered,” she said.

A family called and asked what was needed at the All My Relations Arts site. “Shelving, we said. They showed up and started measuring walls. Shelving was installed.”

As to be expected, the flow and quantities of goods to the food shelf were unpredictable. Swann and volunteers formed partnerships with other groups in the neighborhood.

“We are partnered with DIW (Division of Indian Works) officially and we have worked with the different urban tribal offices in the area as well,” Swann said. She said people connected to Facebook on the Internet should monitor the American Indian Cultural Corridor Food Distribution Sites for information to monitor needs and see what Native organizations are doing in response to food insecurity and for getting information out to the community.

The food shelf also works with Dream of Wild Health. It provides produce from its healthy and Indigenous foods farm at Hugo and it works with urban gardening projects. The Sioux Chef, the Minneapolis-based Indigenous food business started by Sean Sherman, dropped off 200 tomatoes, leeks, peppers and other transplantable vegetable plants for people to start their own urban gardens.

Now, when the food shelf gets products such as diapers, it shares with Little Earth of United Tribes for its families. It also “partners,” or works with senior housing programs as well, Swann said.

All this expands community cooperation and further shows what more work and cooperation is needed before things return to “normal,” whatever that means or may mean in the future.

The food scarcity and delivery system for the neighborhood will get a boost in mid-July.
The Four Sisters Farmers Market, which would normally be open by now if not for the COVID-19 pandemic, is set to open July 16 in the parking lot in front of the Pow Wow Grounds, said Elizabeth Day, NACDI’s Community Engagement Programs manager. That will make easier access to fresh produce and food products from vendors who operate Native farms and produce locally made and grown foods.

The food shelf itself is getting ready to move a few doors to the east into what is the art gallery at the Minneapolis American Indian Center (MAIC).

Mary LeGarde, executive director, said initial plans were set to house the market in MAIC’s large gymnasium. That would have help users and staff with proper COVID-19 social distancing.

That plan, however, got changed because Migizi Communications needed use of that space for its summer youth program. Migizi’s new building site on Lake Street was destroyed in the rioting.

LeGarde said the gallery space has advantages by allowing people leaving with food to use a side entrance to return to Franklin Avenue.

Meanwhile, MAIC is weighing which of its currently idled programs to restart in July or later, LeGarde said. It does want to get its fitness program restarted among programs shut down by the coronavirus, she said.

The Gathering Café remains closed to the general public but it does serve as the kitchen for MAIC’s ongoing program for feeding elderly.

She and LeGarde said they are hopeful the coronavirus threat will lessen and allow more congregate dining soon for elders and others who would normally use the center.

All My Relations Arts will resume as a gallery in October, if current plans survive the summer and whatever other crises may arise, said Angela Two Stars, the gallery’s director.

Food can be picked up from 1 to 3 p.m. on Thursdays, Fridays and Saturdays in the parking lot at Pow Wow Grounds. Donations for the food shelf are accepted from 3 to 6 p.m. those same days.

The city of Minneapolis offers additional information for vendors, food sellers and their customers at http://www.minneapolismn.gov/health/inspections/farmermarket.