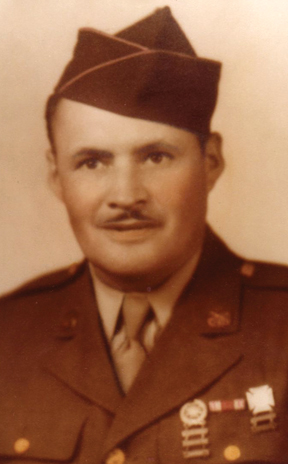 American Indians have a long history of being warriors. In fact, American Indians have fought in every war the United States has ever been involved in. During World Wars I and II, American Indians joined the military in incredible numbers to serve their country and protect their homelands. Some realized that their original languages, which they were forbidden to use in boarding schools and missionary schools, were now one of the best weapons that the U. S. military had.

Using their Native languages, American Indians were able to send and receive telephone and radio messages quicker and more efficiently then their military counterparts. Soldiers from over a dozen different tribes including the Lakota, Dakota, Crow, Comanche, Meskwaki, Ojibwe,  Menominee, Sac and Fox, Oneida, and Cree nations, took part in this effort.

As the use of Native languages increased, tribes like the Choctaw and

Navajo developed elaborate “codes” that proved to be undecipherable by

the enemy and helped the U. S. and their Allied forces become

and revealed America’s unsung heroes. These warriors share their

that’s on display at the Minnesota History Center from May 23-Aug. 23,

2009. “Native Words, Native Warriors” was produced by the Smithsonian’s

National Museum of the American Indian and the Smithsonian Institution

A reception at the Minnesota History Center on Tuesday, June 23, from

5-8 p.m. will highlight and honor the role of Dakota code talkers

The reception will include an invocation by a Dakota spiritual leader,

posting of the colors by an American Indian Color Guard, and a Flag

Song, Veterans’ Song and an Honor Song that will be performed by a

Dakota drum group to honor all veterans and their relatives.  Light

snacks and refreshments will be available as well as a cash bar. This

event is free and open to the public.

The Minnesota History Center is located at 345 Kellogg Blvd. W. in St.

Travis Zimmerman is employed by the Minnesota Historical Society and is their Indian Affairs Liaison.

(photo cutline: Rueben St. Clair will be one of the code talkers honored at the exhibition reception.)