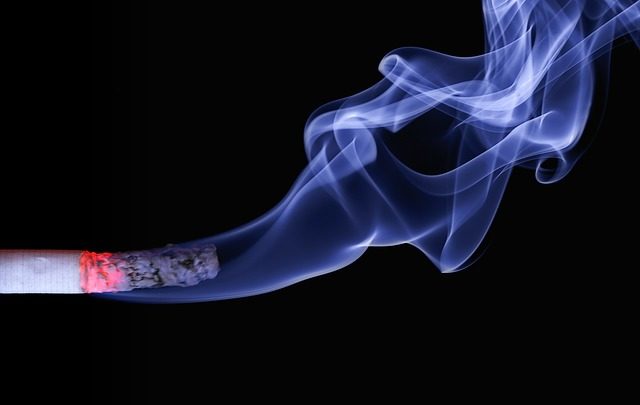 Cansasa, Asemaa – tobacco in Dakota and Ojibwe languages. We have traditional words for tobacco because it is a traditional medicine, but what is the difference between traditional tobacco and the commercial commodity that in stores?

Depending who you ask, they may give you a different answer. Of course, the way you use it is an easy tell, but the way it is acquired would be another response. Did you buy it, or was it collected and given to you? This confusion is not foolish, tobacco has been taken from traditional indigenous prayer and ceremony and colonized into a product for selling. This has led to the misuse of traditional medicine and a worldwide epidemic.

So what do we do about it? We take it back – but first, we have to quit smoking.
On April 1, the Minnesota Department of Health launched Quit Partner, a new family of programs to help people who want to quit smoking, vaping, chewing or using other commercial tobacco products.

A description written on the Quit Partner website says, “Our ways of using sacred tobacco span generations, honoring the Creator through spiritual and ceremonial practices. More than ever, commercial tobacco – such as cigarettes – threatens our way of life with sickness, disease and death. Now we have our way to quit commercial tobacco too: the American Indian Quitline.” The new program is in lieu of QUITPLAN® Services, a program that was a part of Big Tobacco’s Legal settlement in Minnesota, which stopped taking new enrollees on March 31.

Quit Partner is a free, 24/7 service that has different programs to help people quit in the way that’s best for them, and the American Indian Quitline is a big part of that.

“There are access to more coaching calls and a greater amount of nicotine replacement therapy. Because we have such a high commercial tobacco use, we are not just offering the same thing to everyone. Everyone has different needs,” said Jen Cash, the Tobacco Cessation Programs Supervisor for the Minnesota Department of Health’s Office of Statewide Health Improvement Initiatives.

The quitline has Native coaches who understand the culture and respect the traditional use of tobacco. The program includes up to 10 calls with the coaches, and up to 12 weeks of free lozenges, gum, or patches to help quit the addiction.

“In the last 5 to 10 years there has been a big push back in tribal communities, and American Indian communities as a whole, in wanting the mainstream tobacco prevention and control programs to understand our relationship with sacred tobacco,” said Sarah Brokenleg, the American Indian Community Specialist from the Rosebud Tribe. “That has really made a difference in people understanding our communities’ needs around cessation.”

Brokenleg cited the Minnesota-Wisconsin Native Youth Survey (2015) that found a strong correlation between the type of tobacco you use in ceremony growing up and becoming a smoker when you are older. “You’re 4x less likely to become a smoker if the tobacco used was traditional,” said Brokenleg.

The program has 10 tribal coordinators across the state working within their communities to tell youth the difference between commercial and sacred tobacco. Cash says the goal is to get into the communities and see what resonates.

“It’s going to be a back and forth engagement with our community partners and our tribal coordinators. We’ve started talking about what that looks like, It’s the first opportunity we’ve had to bring these tools directly to our community.”

Cash says the quitline gives users the ability to connect with a coach to create individual programs and engage with them over time, a process that they know helps people ultimately be successful.

“We’re trying to figure out how we can best deliver what we know works while meeting the needs of the community.”

Brokenleg wants people to know they would never vilify anyone for using commercial tobacco. She says people have to use what they have on hand, but it’s important to understand that we can change our relationship with tobacco from a disease-ridden commercial tobacco to a beautiful, healing medicine.

“It was determined efforts of the federal government and local state governments that really damaged our relationships with traditional tobacco – taking away our legal right to pray. This is an opportunity for our people to take back that ability to have that true, honest, relationship with cansasa,” Brokenleg said.

Quit Partner also offers a youth program for teenagers called “My Life, My quit.” Quit Partner says that according to the 2019 Minnesota Student Survey, 1 in 4 Minnesota 11th graders reported using an e-cigarette in the past 30 days, which is a 54% increase from 2016. This is the first program in Minnesota to be designated to youth under the age of 18.

Brokenleg and Cash say that the programs are individualized so everyone can get what they need.

For info, see QuitPartnerMN.com or call 1-800-QUIT-NOW. For the youth program, see mylifemyquit.com