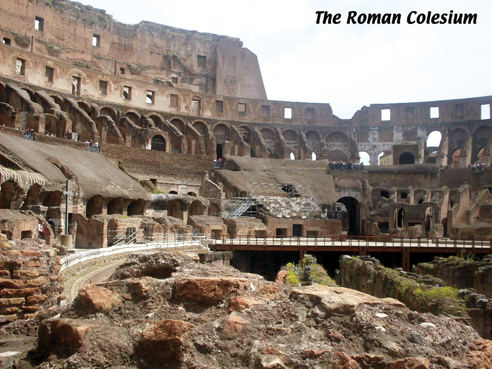 Text and photos by Imanda Delgado

My name is Imanda Delgado. I am White Earth Ojibwe and Puerto Rican, and I am 14-years-old. I go to Sanford Middle School where very year the eighth graders go on a trip out of the country. This year the students went to Paris, France and Rome, Italy. The goal was to learn the ways other countries work and compare their way of life to our own.

In order to go I had to raise $2,800. I sold tickets for a spaghetti dinner and worked at the church where my classmates and I hosted the dinner. And a lot of money was donated by people from the Indian community. All the work I did to raise the money was worth the amazing time I had in Europe. 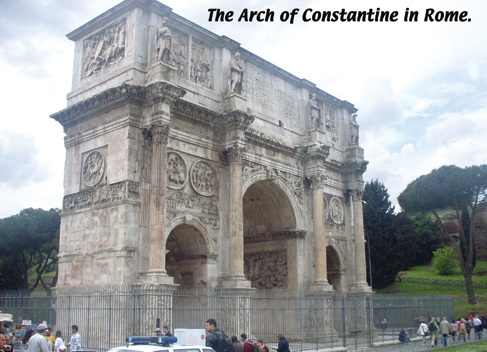 We left April 16. First we took a flight to Atlanta, Georgia. It was my

first time on an airplane. I was scared but excited at the same time.

We spent about two hours in Atlanta and then we headed to Paris. We got

there April 17. All of us were incredibly tired from the flight but we

had to immediately start our tour.

Paris was definitely one of the most beautiful cities I’ve ever seen. I

loved how clean it was. It was clear that a clean city was important to

them. Trash cans lined the streets. The transportation systems were far

more complicated than ours but better. Their light rail system went all

over the city. Some of them had double decker trains. There was also a

bike system. You had to pay for a bike and then you returned them to

one of the racks that are everywhere around the city. I found it very

creative and I loved how it helped the environment.

The first place we went to was Notre Dame. The stained glass windows,

statues, and architecture was all beautiful. We also went to

Versailles, an old palace. It was where famous kings and queens lived,

including Marie Antoinette. We went into the hall of mirrors and Marie

Antoinette’s bedroom. I couldn’t believe I learned so much in one

place.  We also visited the Lauvre Museum. There we saw the Mona Lisa,

the Winged Victory and a sphinx from Egypt. The Louvre was my favorite

What’s a trip to France without seeing the Eiffel Tower? My classmates

and I went all the way to the top of the Eiffel Tower. From there I

could see all of Paris. I knew it was big but seeing it from such a 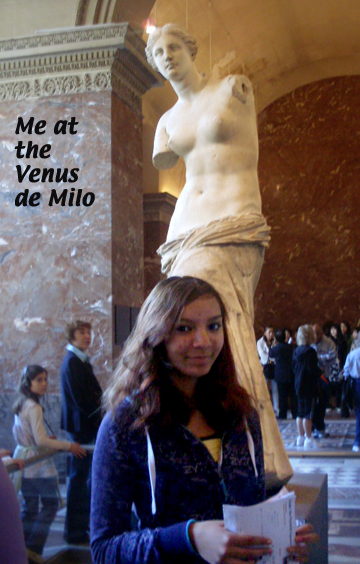 On April 19 we took the night train to Rome, Italy. The first thing we

went to see was the Roman Coliseum. It was nothing like in the movies.

It was more complex than the movies make it seem. Our tour guide told

us all about the gladiators and the history of  the Coliseum. We

learned about the seating arrangements, and how and who the gladiators

fought. And we were free to walk around the Coliseum for a while. It

After we were done at the Coliseum we walked to the Roman Forum. There

we learned about the Vestal Virgins, and the rise and fall of the Roman

Empire. My favorite part was seeing where the Vestal Virgins lived and

comparing the remains of the Forum to what it used to look like.

The best part of Rome was visiting Vatican City. We walked through the

Sistine Chapel and St.Peter’s Church. We learned about many paintings

there. The Sistine Chapel’s ceiling was the most interesting. At the

entrance of Vatican City there were Swiss gaurds. I thought their

uniforms were hilarous. Vatican City was amazing and it was an

experience I will never forget.

kids, especially ones that live in my community (at Little Earth

Housing in Minneapolis) get an opportunity like this. Of all the kids

that went, there were only four minority students out of twenty three.

As one of those students, I truly wish that there were more minority

kids on the trip. Also, I am the first one in my family to travel

outside of the country (other then Canada). I hope that my going on the

in my school. It was a blessing and I thank everyone who helped me get