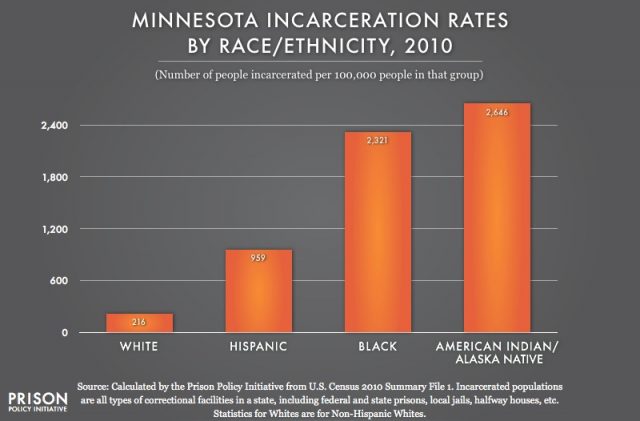 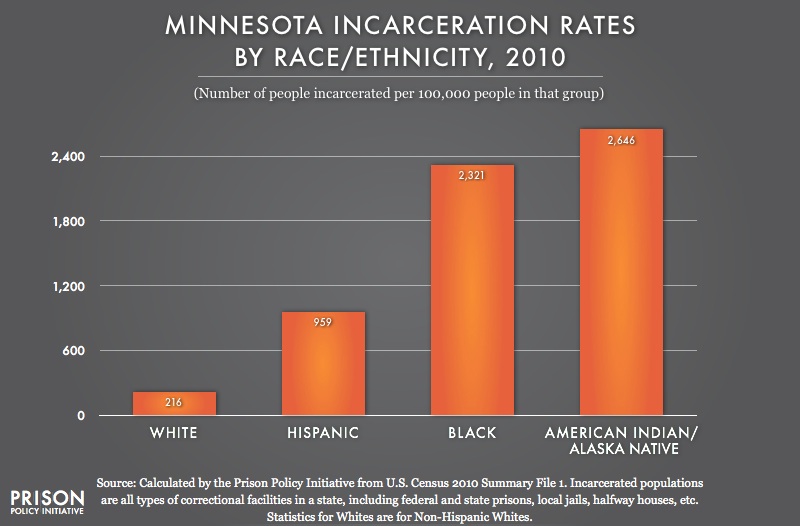 Launching in April 2016, Humanities Action Lab (HAL), is presenting, States of Incarceration Project, exploring the past, present and future of incarcerated people in the U.S. The University of Minnesota will be among 20 universities in the US and France contributing to the traveling exhibit and website.

HAL’s pilot project, the Guantanamo Public Memory Project, was the first major collaborative effort to offer multiple perspectives on GTMO’s history and what it represents. Two years and 18 cities later, this project has reached more than 500,000 people through social media, the website, and face-to-face interaction with the exhibit. The exhibit is scheduled to travel to New York, California, North Carolina, New Jersey, and Minnesota (in 2018).

Undergraduates are working on a range of projects under the theme of understanding mass incarceration of Native people as extensions of racism and settler colonialism. The projects include the following: a history of the Dakota 38, the largest mass execution in US history; the history of American Indian boarding schools in the upper Midwest and their legacy in relation to incarceration and the school-to-prison pipeline; the history of allotments and broken treaties and their relationship to the concentration camp at Fort Snelling from 1862-1863; the history of Little Earth, a site of resistance to carceral practices, and of Native self-determination; and an evaluation of how the current Minnesota public school curriculum addresses (or fails to address) the Ft. Snelling concentration camp and the US-Dakota War.

American Indians and African Americans face the highest rates of disproportionate incarceration in the state of Minnesota and are also disproportionately targeted by police. These communities also have long histories of activism and co-resistance to colonial powers and racist institutions.

Our first group is working on an interactive website to demonstrate the “web” of resistance to carceral practices by Native Americans. Each node on the web will represent one particular event, action, individual, or organization involved in this long history. The project will work to show connections between these people, events, and ideas to raise questions concerning the complex and numerous relationships between various practices of resistance to mass incarceration. The group hopes to create curiosity and interest in indigenous resistance to mass incarceration in Minnesota.

The second group of graduates aims to illustrate the mass incarceration of Native Americans in Minnesota as part of a historical pattern of policies and instances of colonial removal and displacement designed to undermine Native sovereignty.

To visualize this argument, the group will create a website that hosts a digital story-map detailing policies of American Indian removal from treaties, through boarding schools, allotment policies, and relocation to cities, and finally to current day prison gerrymandering and mass incarceration.

In order to make the narrative accessible to communities who may not have internet access, the group is also hand-making a magazine detailing the policies and patterns of colonial removal, intermittent with personal narratives, images, and poems. The zine could be used as a coloring book and a diary for one’s own history of displacement, and will be freely distributed.

The third project will intervene in the narrative currently communicated to visitors at Historic Fort Snelling by providing some insight into the Dakota Massacre in 1862. Through a smartphone application, the project aims to show Fort Snelling as the first site of Native American mass incarceration in what would become Minnesota.

With the use images and narratives from the mass internment of the Dakota peoples visitors will walk away with more than just an understanding of the Snellings.

The project will become a website that contains a GIS Map of the location of immigrant incarceration and deportation centers and jails that house immigrants, as well as locations of the places where recent raids have taken place. As part of this digital storytelling project, interviews will help website visitors to understand how undocumented immigrants are being incarcerated and deported and how this impacts their local communities.

On December 15th students will be presenting their projects at 1210 Heller Hall at the University of Minnesota, starting at 6:30 p.m.  There will be a panel discussion on the historical impact of mass incarceration and White supremacy in local marginalized communities of color.